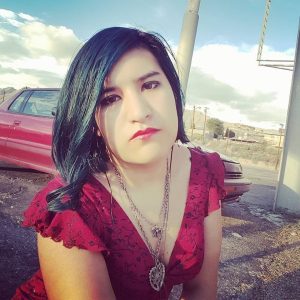 Tell us a little about yourself. Where were you raised? Where do you live now?
Mia Vasquez started her journey when she was a tiny infant. She originally only wanted to be a dancer in ballet-like many little girls try out. She would never have guessed her journey would take her to be a triple threat and she continues to try new things and grow as a person and also be known internationally. She won a few pageants till the age of three. It was then at three she started ballet. Then by the age of five as she started to watch television she noticed she did not just wish to be a little girl in pink she wanted to be on film. She wanted to be in the movies. She then had her parents role her in acting school. The stage, however, did not call to her like the T.V did and this made her very unhappy but she used that to discover things she could do at the stage she loves and learned to be grateful for what she was given through that lesson would take time. When she was in middle school, she began to write something she loves but would not actually go anywhere till adulthood. She became focused on singing and drawing. Then by sixteen, she would have several choir awards and plays under her belt. It was then she would discover her love of costumes because she was the only student to dare to try them. She had taken her mother’s sewing items since she was five and learned from watching her and her aunt. She became curious about it at thirteen but would not actually get her hands into the thread and glitter till her high school play. This year would be very busy for her because she even starts modeling. In her adulthood, she gets a degree in theatre, the arts, costuming, and make-up. It would then lead her to the president of the conventions in Texas. She would then begin to be an event coordinator and learn marketing. This made her then be led to go back to school for a Bachelor’s in Business Market and the second one in Science. There is far too much to cover her whole life but now she has been taken under the wing of KMP to both work with and also grow under. This makes her very happy and grateful because when you are a triple threat you want to be able to link and connect with like minds. She works with people of different levels because she believes no matter one’s skills set you can always learn from others.

At what age did you realize your fascination with books? When did you start writing?
I started to notice I loved books from a very young age. I struggled to read due to my learning disability, but I went to my school library every day in my sense kinder garden and would bring as many books as they let my little hands get ahold of. I lacked a lot of friends so books and my pets were my best friends and my escape from the harshness of fellow students. They allowed me to hope that there is good in the world and heroes.

Who are your favorite authors to read? What is your favorite genre to read. Who Inspires you in your writings?
I primarily read fantasy, but my favorite authors are as follows: George Orwell, Suzanne Collins, Stephenie Meyer, and George R. R. Martin. The four of them inspire me the most though the list is long. Though I did have the privilege to meet James A. Owen and he gave me some excellent advice that I intend to take to heart he has been added to my list as number five as someone who inspires me in the author world and as an artist.

Tell us a little about your latest book?
My latest book is Forgotten Babylon. It is a book that takes from the few myths we are able to know and tries its best to tell a story of text that is lost to the world. The gods live in paradise in the garden of Eden where Anu Is the king of the gods and Urus is the queen. Anu’s daughter, the goddess Ninsun, has returned to Eden with her infant son Gilmos, who was fathered by a human being, King Lugalbanda. Anu forbids the child entrance Into Eden because no child with human blood may enter Eden, even though Gilmos is a demigod. Anu offers to speak with Enlil, the god of chaos, about Gilmos marrying Enlil’s daughter Inu so that his “god blood” can be restored since two demigods can make a full-blood god. The price to be paid for this to happen Is that Ninsun must give up her Immortality. She agrees to do so. On the seventh birthday of Gilmos, his father, King Lugalbanda dies in a battle. Three years later, his mother, Ninsun, also dies. Arwen, the youngest of the fay (fairies) and a treasured gift Anu gave to Urus, would be sent by Anu and Urus to care for Gilmos on her twentieth birthday.