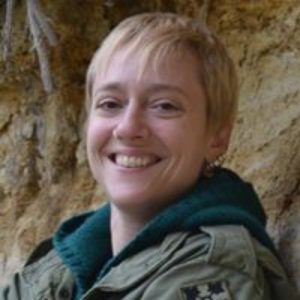 Tell us a little about yourself. Where were you raised? Where do you live now?
I grew up in the eighties in La Crosse, Wisconsin. I listened to Cyndi Lauper and Queen and the B-52s and Billy Idol, and we watched Who’s the Boss and Full House on TV.

I’ve always loved animals. I horseback ride when I can and used to own my own horse, and while I like dogs a whole lot, I love cats and always have owned at least one. I currently have two sassy boys, an orange-and-white named Orion and a fake Siamese named Tyr. (He’s fake because he was born in a barn, the only kitten in the litter with his coloration, but he looks and acts like he’s purebred Siamese.)

My husband and I own a house in rural Minnesota that needs a lot of work, and we like to spend our vacations camping in the woods. I don’t exactly enjoy cooking, but I do enjoy eating good food, and the one necessitates the other.

I like to tell people that I am a friendly, gregarious person who writes dark and creepy stories about gory vampire murders and fairies kidnapping people to torture. It’s accurate, anyway.

At what age did you realize your fascination with books? When did you start writing?
My mom got me reading the moment I was literate. My whole family reads. My grandma likes cozy mysteries, my grandpa goes for westerns and thrillers, Mom prefers epic fantasy, and my sisters and I like sci-fi and fantasy.

When I was 11, a friend of mine gave me a story she had written. It was really weird, about a group of misfit wanna-be hippie kids who find a VW bus that’s actually a time machine, so they go back in time to meet their rock idols from the sixties, but then the time machine malfunctions and Jimmy Page almost gets eaten by a T-rex.

I told her I liked it, but I didn’t think she’d get a good grade if she turned it in. She said, “Oh, that’s not for school. That’s just for fun.”

My head damn near exploded. I ran home and started writing, and haven’t stopped since.

Who are your favorite authors to read? What is your favorite genre to read. Who Inspires you in your writings?
My very favorites authors are Neil Gaiman and Terry Pratchett. I also greatly enjoy Emma Bull, Kelly Armstrong, Terry Windling, Joan D. Vinge, James Allen Gardener, Scott Lynch, and Charles De Lint.

My favorite genre is speculative fiction, with an emphasis on urban fantasy/contemporary fantasy, but I’ll read anything that sounds interesting. From the history of coffee to the founding and settling of Australia to an inside take on the Goth movement, I’m in.

Tell us a little about your latest book?
My latest release is the third book in my vampire series, “Dead of Night.”

In the second book, my main character had to come face-to-face with the darkest part of her soul, so in the third book, I wanted her to go through some real dark shit trying to cope and come to terms with what she’d had to do.

While I was writing it, one of my dearest friends died from cancer.

The book got way darker than I intended really fast. All my emotions came through my main character. It took me a long time to write that one, almost two years, simply because of how hard it was to write every scene, every emotional twist my character was going through. And I kept trying to rein it back, keep her misery under control, without ever realizing it was my own misery I was trying to tame.

It actually wound up expressing real human darkness and misery pretty effectively. By the end, I was more proud of it than worried, and readers have told me it’s one of their favorite in the vampire series. So I guess I did okay.