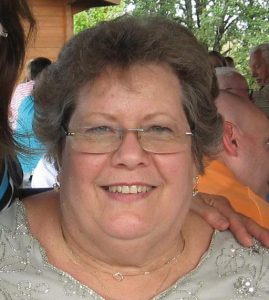 Tell us a little about yourself. Where were you raised? Where do you live now?
I’m a farm girl who has lived withing five miles of the Missouri River all of my life. I grew up north of the river but moved south shortly after I married my husband. We have been married thirty-eight years and have lived in our home on our 5th generation family farm for thirty-five years. We have two grown sons married to wonderful women and two beautiful grandchildren. My first novel–my autobiography Dino, Godzilla, and the Pigs–was written about our life here on the farm while we were raising our sons. Well, actually, it was about me learning to be the proper farm partner back in 1993. That was a long time ago. These days, life is a lot different. We raise cattle instead of hogs. Our sons both have careers off the farm. However, despite numerous health issues this past year, I’m still writing my heart’s desire, romantic suspense fiction.

At what age did you realize your fascination with books? When did you start writing?
I was making up stories before I knew how to write them down. I didn’t tell people about those long-ago ‘mind stories’. Maybe I should have. I’ve kept a diary /journal since I was a child and always excelled in any subject where I could write. I also used to write long letters to a number of family members or friends. Writing is as natural to me as breathing. Even when that proverbial writer’s block was trying to get hold of me (because of continuing health issues) I still clung to the need to write, even if it was only to organize my plans, grocery lists, or journal entries.

Who are your favorite authors to read? What is your favorite genre to read. Who Inspires you in your writings?
I am an eclectic, voracious reader. I read just about anything and everything I get hold of and I have a favorite list of authors. Although, lately I’ve been reading more work from new indie authors on my kindle. I like series and tend to follow them. My mother was my reading inspiration. Before I could read, she read to me. I remember when I was young, on rare summer days when Mom was not working out of our home, she took time to rest every afternoon for an hour or two. Sometimes I laid with her and she read to me. As I grew up I began to read on my own. After my sons were born, when they ‘visited Grandma’, she would read to them. It is a delightful memory we all cherish because Mom would act out the characters in the books she read. She was one really funny ‘Huckleberry Finn’ or ‘Briar Rabbit’.

Tell us a little about your latest book?
I just recently republished the first four books of my Birds in Peril Series under one cover (Birds in Peril Boxed Set Amazon B07XMHYHLN). I am currently working to complete stories five and six of the series and my intent was to regenerate interest into the whole series. Here are the official blurb/descriptions:
Five women met, fell in love with and married men who aided the arrest and subsequent imprisonment of Sheldon Humsler. Even though the events that disrupted their lives, did not necessarily involve Humsler, they certainly invoked the conviction that one-day Humsler would find a way to enact his revenge. All of these women and the men they married are in some way closely connected to Humsler’s arch enemies, Benton Cromwell, T.J. Harvester and Thad Hunt. Because of Humsler, Benton Cromwell’s life and livelihood have become so precarious he now lives as an invalid on borrowed time. However, his friends, T.J. Harvester and Thad Hunt, continue to grow in family, and in deed. Both are well-loved by many. The time is near when a final confrontation with Humsler must occur. Humsler has an accomplice…someone closely connected to Hunt….but who could that possibly be?

Pigeon in a Snare: He was her knight in shining armor. She was his lost love—the one girl with whom life might have been worth sharing—if another had not told lies deliberately intended to separate them. Now her life is in serious danger. Can he save her? Is their lost love worth the blood and tears it will take to salvage not only themselves but their families and their businesses─ and rekindle the love they lost?

Roses for the Sparrow: It was bad enough that her best friend/employer took off on an extended honeymoon leaving Jani to oversee the building of their new business alone. But in strolls this tall, dark, handsome contractor who makes it clear he intends to become the center of Jani’s attention. But, is Rick too good to be true? Why is he the one who continually finds long-stemmed roses on her car or at her door? What kind of admirer leaves expensive roses to freeze on windshields or be trampled on the floor? Some girls have all the luck- or maybe that’s no luck at all. How often does a girl have two stalkers after her at the same time?

Plight of the Wren: Susie Wrener’s life became front-page news when her abusive husband put her in the hospital and sent himself to jail. Three years later, life has returned to mundane, while Susie struggles to maintain a peaceful loving home for her two children as a single mom. Then she meets Ted Harvester and wins the lottery in the same week…

Robin Unaware: Life is constant change, sometimes planned, sometimes instant and devastating. For Stephanie Harvester-Garrett, life takes an abrupt curve when her husband is killed in a car accident. Determined to secure a stable home for her three children, Stephanie returns to Missouri to be closer to family and to accept employment in her brother’s law office. However, the dream of living a peaceful country life is interrupted by unexpected ghosts of the past, and hatred spawned in the name of love.

Hopefully, these last two stories will be published in the near future:

#5 Wise, Bold Eagle: Sylvia Pentherst is the fifth woman to marry into the Hunt-Harvester-Cromwell group. A widow in her mid-fifties, she survived years of hardship caring for her invalid husband and raising her three sons. Her now-seemingly-settled life takes a turn toward unpredictable when she leaves the comfort of managing County Hospital Housekeeping for the chaos of opening and maintaining two novelty shops along with Lisa, Jani, Susie, and Stephanie. Is it really possible to find that second chance at love with Thad Hunt?

#6 BlueBird of Happiness: After her mother died, Anne was raised by a loving father. She’s always led a sheltered life, even after entering college. Now she’s grown up. An opportunity to spread her wings arises but…Will she soar? Or, will she land? Is home really where her heart is? Once the golden boy, Dan is the first to acknowledge the blessing in his remarkable recovery from a fiery automobile accident. But, the abrupt departure of the girl he hoped to be ‘the one’ left scars and uncertainties that haunted him during and after his recovery. Then he met Anne. Innocent, sweet Anne. Does he dare try love again?