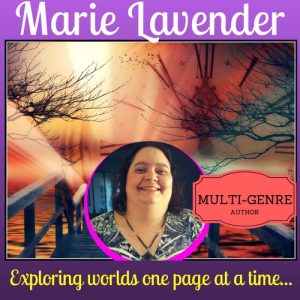 Tell us a little about yourself. Where were you raised? Where do you live now?
I great up in the Midwest, was raised in a pretty small town.

I live in central Indiana, and I have two cats. Emma and Katerina.

At what age did you realize your fascination with books? When did you start writing?
I always loved reading. My mother used to read to me before I could read, and I adored getting lost in the fictional world. As soon as I read on my own, books became my escape. My…solace from the chaos on the outside. Almost from the time I can remember, stories used to play through my head. I often acted them out in my playtime, with dolls and such. But once I could write actual sentences, I began constructing stories. And I really haven’t stopped.

Who are your favorite authors to read? What is your favorite genre to read. Who Inspires you in your writings?
I have so many, but some of my favorites are J.R. Ward, Chloe Neill, P.C. Cast and Nora Roberts.

I mainly read various suhgenres of romance, but I have been known to dabble in other forms of fiction. Right now I’m reading a middle-grade comic fantasy mystery, The Case of the Disastrous Dragon.

Who inspires me? People do, usually. The events going on in the world, whoever I meet. A lot of people and things. Sometimes even an object can spur my imagination. Mostly I just wait for the muse to call. When inspiration hits, I’m ready to go! With 123 works in progress, I can’t exactly run out of ideas…

Tell us a little about your latest book?
My latest release is titled Blood Instincts, a paranormal romance/urban fantasy, with a touch of a futuristic spin on the whole thing. This is book two of the Blood at First Sight Series. The novel took me about a year to write. Here is the blurb:

Enter the Other World at your own risk…

What if you found out that you weren’t exactly…human?

Myah Sullivan is suddenly living that nightmare. There are Others in the world, dangerous, supernatural creatures that make her mind spin and cause her to question the reality she’s always known.

Oliver King is her savior, a vampire who tries to show her the way. Through her journey she learns far more than she ever thought she would about herself, and about the past. Soon, she discovers that there is so much more to meeting Oliver than mere happenstance.

Can Myah accept her new reality, or will she retreat into that normal, safe world she once thought was her own?