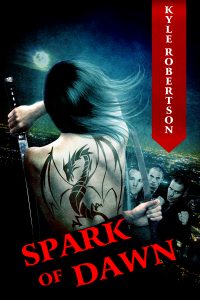 Tell us a little about yourself. Where were you raised? Where do you live now?
Kyle Robertson grew up an only child. His immediate family moved from Baton Rouge Louisiana to Milwaukee when he was 3. Without siblings, he realized very early in life he needed his imagination in order to make it through this life.

At what age did you realize your fascination with books? When did you start writing?
my fascination with books began in fourth grade with Henry Hgins, Mrs. Piggle Wigglr. and Encyclopedia Browm. Those srories dhaped my ;ofe at the youthful stage. That told me books can be a positive.
I went through school, the militaty, and thhe sales professon before a medical problrm sidelined me. I began to write to rase oredom n 2007. I’ve been honing my craft ever since.

Who are your favorite authors to read? What is your favorite genre to read. Who Inspires you in your writings?
Issac Asimov. Philip K. Dick Stephen King Mickey Spillane, Arthir C. Clark. Those are my primary authors.
I write fiction, ao they influenced me greatly.

Tell us a little about your latest book?
HOW DO YOU SAVE YOUR BROTHERS TRICKED INTO KILLING YOU?

Yoake Hibana (Dawn’s Spark in English) is a female Yakuza assassin of the Rising Dragon Clan. Her moniker was the Demure Assassin. She was a peak assassin. The only problem with her was she was a ‘her’. Females were mothers, daughters or mistresses in the Yakuza. Being a soldier was unheard of.

One day after a certain assassination, she checked the dojo for security and happened upon her leader, the oyabun. She heard what she shouldn’t have.

Sensei Tagai, her oyabun was on the phone planning the obliteration of his own clan! All her brothers were targeted for intentional death!

Yoake went through many calamities before she chose her last resort, confiding in a straight police officer. She was different, but help from a cop was sacrilege in a Yakuza clan.

Lieutenant Tagawa despised Yakuza, but his public duty was to assist anyone marked for death. She was affiliated with Yakuza, but she was a human Yakuza. He just didn’t know how deep her distress went.

Follow the Demure Assassin on her harrowing journey to thwart her chauvinistic oyabun. Trying to stop him from murdering his entire clan gets much deeper than just vindicating for her brothers in Spark of Dawn: The Assassin’s Vindication

In this underworld opposites attract thriller you get:

The show of a woman’s strength

A romance which never should’ve happened

See how this tale of dark intrigue ends in Spark of Dawn: The Assassin’s Vindication