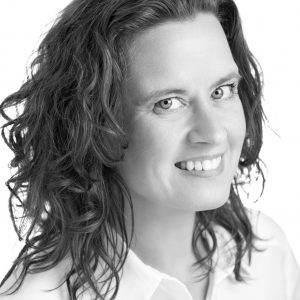 Tell us a little about yourself. Where were you raised? Where do you live now?
I guess I’m a New Yorker more than anything else, because I’ve lived in Manhattan for the last nineteen years. When people ask me where I’m from, I often say Northern Europe, because it’s difficult to be more specific than that. I was born in Sweden by Estonian parents who had escaped their home country as children during the second world war. My culture is Estonian, I have two passports and I’m married to a Peruvian-American.

At what age did you realize your fascination with books? When did you start writing?
My parents were the best. They always encouraged me and my sisters to read. As children, we had a set bedtime, but we could read in bed for as long as we wanted. Mum and Dad gave us books for our birthdays, Easter, Christmas, and brought us to the library to stack up on books in between.

I wrote my first story, My Dog, when I was five. And after that I kept writing. And writing. And writing. I wrote my first novel when I was fifteen, but I never tried to get it published. My second novel came fifteen years later, but it wasn’t until I started writing The Transmigrant that i really found my niche and my voice. It’s taken me six years to finish this novel, so it’s not like its been easy. Or quick. But with the great reviews I’m getting, it was definitely worth the time and effort.

Who are your favorite authors to read? What is your favorite genre to read. Who Inspires you in your writings?
I don’t have a favorite author per se, but my favorite books are often set in India or somewhere else in Asia. I love to “get away” when I read, experience a different culture or a different environment. Among the best books I’ve ever read are: Shantaram, by Gregory David Roberts; The Kite Runner, by Khaled Hosseini; Norwegian Wood, by Haruki Murakami. But I also enjoy anything by John Steinbeck, Ernest Hemingway, and John Irving.

I’m inspired by authors who can write “effortlessly.” That’s why I aspire to. I don’t like lengthy descriptions and slow reads, I enjoy beautiful, flowing prose that you don’t have to stop and think about, or where your mind doesn’t start to wonder. That’s what I aspire to, effortlessness.

Tell us a little about your latest book?
Although I’m not religious, my novel is about Jesus and his travels across Asia where he studies Hinduism and Buddhism. I’ve always been curious about where all the different religions stemmed from, and wanted to explore more about their similarities. When I started writing The Transmigrant, I spent a lot of time studying the similarities of religions, and I can definitely say there are more similarities than differences. The research, writing, and editing took six years. I read more than fifty books on the subject and watched any documentaries and TV series I could find. I tried to only focus on authentic sources and therefore have disregarded large parts of the New Testament, because the books were written by people who never knew or had met Jesus.

In my novel, Jesus as a child is somewhat arrogant. He thinks he’s just a little bit smarter than everyone else. He wants to become a priest, but given he’s from a family of carpenters, it’s just not possible. When he meets a monk from Sindh (today’s Pakistan) and learns that in Sindh anyone can devote their lives to studying the scriptures, he runs away from home. He joins a camel caravan and travel along the Silk Road through Asia and eventually ends up in India. The Jesus in my book is very different from the one you usually see in movies. He has romantic relationships, fights with his ego, and has a difficult time following other peoples’ rules.

The reviews I’ve received so far have called The Transmigrant: “An inspired narrative and vibrant living tapestry that humanizes Jesus in a sensitive and delicate way,” “A captivating and powerfully related account of Jesus’ early years,” and “The Transmigrant will transport you to that ancient cosmos of biblical times with such searing vividness, you will swear the story is unfolding before your very eyes, you will swear that you are witnessing a cinematic event.”