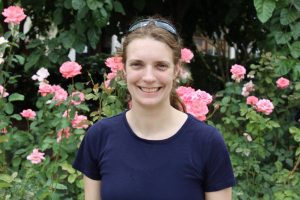 Tell us a little about yourself. Where were you raised? Where do you live now?
I grew up in Phoenix, Arizona, which is where I live now. I spent five years as an Army officer, so I moved around a bit after college.

At what age did you realize your fascination with books? When did you start writing?
I learned to love to read in third grade. Not with Harry Potter- I’m not a Potter kind of woman- but Animorphs, which was a ridiculous sci-fi series of occasionally questionable quality. Still, after that, reading became my hobby.

As for writing, I began writing for school, initially, during creative writing exercises and learned I had a knack for it. I then began to “commit fanfiction” from time to time until becoming more confident in my skills and ideas.

My inspiration comes a lot from Tolkien, partly because I think my creative process works in the generally same way as his. Not in terms of creating languages, but the flow and craft of it. I’m nowhere near as gifted, however!

Tell us a little about your latest book?
Doomwalker is the first in the Paladin Trilogy. It tells the story of Paladin Valen, a noble warrior dedicated to the goddess of justice and civilization, Lyrica, as he faces a world on the edge of ruin and a dark and ancient elven prophecy that centers on him. He is accompanied by the elven spy Maryx, who has her fate bound to him by her childhood oaths.