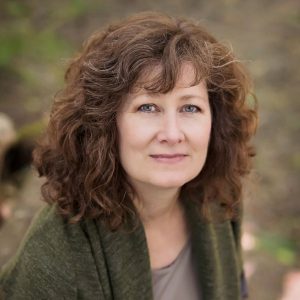 Tell us a little about yourself. Where were you raised? Where do you live now?
I was raised in Toronto, Ontario, and moved to the west coast of Canada to attend university, but within days of moving, I knew I’d make the coast my home. There’s something magical about living by the ocean with snow-capped mountains standing guard and outdoor adventure at your doorstep. My husband and I now live on Denman Island, which is one of the northern Gulf islands nestled between the British Columbia mainland and Vancouver Island. We’re ferry dependent, and rural, so it’s not for everyone, but I find the quiet solitude perfect for writing.

At what age did you realize your fascination with books? When did you start writing?
My love of reading started early. I have memories of sitting in my father’s lap with a picture book from the library and dragging my finger along the page to sound out the words. But I never thought I’d have a story idea big enough for a book. Happily, I was proven wrong and began writing ten years ago what would turn into the seven-book Gift Legacy series.

Who are your favorite authors to read? What is your favorite genre to read. Who Inspires you in your writings?
My favourite authors to read are also the writers who inspire me. They include Charlaine Harris, Kelley Armstrong, Neil Gaiman, Deborah Harkness, Victoria Aveyard, Jim Butcher, Lee Child and KJ Howe. You can probably tell from this list that I enjoy urban fantasy, paranormal, the supernatural, and thrillers.

Tell us a little about your latest book?
The Gift Legacy is a seven-book series about a secret society of people who can fly. It begins with Secret Sky. This is the book that made me fall in love with writing. It took me a year to write it, and another year to edit it into shape.

Emelynn Taylor is the protagonist throughout the series, but she doesn’t start out knowing that she can fly. She knows she’s losing gravity, which is awkward, and dangerous. In a daring attempt to learn to control it, a miscalculation causes her to fall from the sky. She ends up in hospital, and that’s where she meets a doctor who recognizes the second lens in her eyes that marks her as one of them, a Flier. The doctor introduces her to a covey of others who are like her. They teach her how to fly and indoctrinate her into their secret society. But she soon learns that they are keeping secrets. Their kind are ruled by a Soviet-style Tribunal, and powerful organizations know about them, are hunting them, and Fliers like her are going missing. Only one has ever escaped and he returned missing an eye and his will to live.

The tagline is: Everybody wishes they could fly–until it happens.