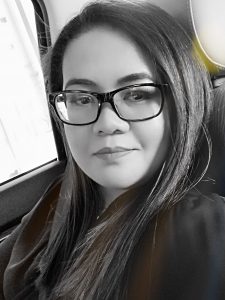 Tell us a little about yourself. Where were you raised? Where do you live now?
I’m Jerilee Kaye, a Vendor Manager by day, a graphic artist during afternoons, a writer at nights, an entrepreneur on weekends, a Mom and a wife twenty-four-seven. I have been writing romance novels since I was a teenager, but only in 2013 did I really come out of the writing closet and decided to share my works to the world. So far, I have published four contemporary romance novels, Knight in Shining Suit; Intertwined; All the Wrong Reasons and All the Wrong Places.

At what age did you realize your fascination with books? When did you start writing?
I have been writing since I was eight. I remember using a pen and notebook then. My aunt told me once that when I was three years old, when I cannot read yet, I used to look at photos and comics, and make out stories and dialogs based on the photos and drawings.

I wrote a lot of romance stories when I was in highschool. They were all written in notebooks, because back then we didn’t have computers yet. My classmates take turns in reading my works.

I studied pre-law in college. Legalese, or legal language, doesn’t inspire romance fiction that much, so I took a break from writing for about three years. After I graduated and didn’t pursue a career in law, I got inspired with writing again. I wrote Sinfully, Seriously, which is now published as ‘All the Wrong Reasons’.

Who are your favorite authors to read? What is your favorite genre to read. Who Inspires you in your writings?
Like the stories that I write, I love reading romance and young adult novels. The authors I really liked are Stephanie Meyer, Judith McNaught and Nora Roberts. I also love Cassandra Clare and J.K. Rowling. Stories like Twilight series, or the Mortal Instruments are my faves because it’s my favorite genres rolled into one: YA, Romance, Paranormal, Adventure.

“All the Wrong Reasons” was such a hit on the Chapters Interactive App, receiving at least 3M game plays. Every day, me and my game developers receive requests for a sequel. When I wrote the ATWR, I didn’t make it out to be having a sequel. It’s a modern day fairy tale, and I ended it with a happily ever after. Now, when the fans asked for a sequel, I had no idea how to follow that up. Although, this story had always had a spin-off. So instead of writing a sequel, I released a spin-off.

“All the Wrong Places” takes us back to the world of Justin Adams and Adrienne Miller (the leads of ATWR), through the love story of Ian Sanders, Justin’s only female cousin.
Following the tradition of arranged marriages in the family, Ian also found out she was arranged to be married to a man she didn’t know. Before she embraced that fate, she asked for one last adventure. She went to Paris and assumed a different identity. There, she met a wonderful man and fell in love. But since she’s already promised to another man, she ran away and left the guy. But it’s too late, she found out that she became pregnant from their short encounter. This scandal caused Ian a broken engagement and a banishment from their family.

Seven years later, Ian comes back home to her family. And here, she finds the man she fell in love with, the father of her son. And she found out, she’s not a stranger to her family at all. Because when she kept her identity from him, it turns out, so did he.

I cannot really reveal who is this guy. The readers would just have to read that. But I promise them a roller-coaster ride of emotions and another swoon-worthy knight in shining armor!