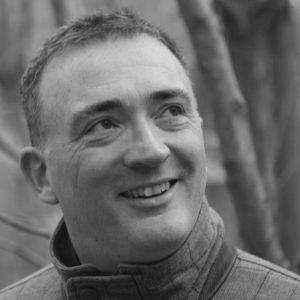 Tell us a little about yourself. Where were you raised? Where do you live now?
I was born and raised in the UK and gained a PhD in Engineering from the University of Cambridge. I work in high-tech industry, hold numerous patents and manage a great team of people in a startup. I began writing as another creative outlet after becoming ‘blocked’ as a sculptor and portraitist.

The pen name ‘Jeremiah Hope’ reflects my innate optimism for the future and confidence in the human will to survive and thrive, rather against the trend of the modern world. This in part, explains the non-dystopian, but certainly not utopian future world that forms the background to my books. I have a strong belief that to be credible fiction has to reflect what is possible. It is this that has driven the creation of a ‘new medieval’ setting with a mixed technology reminiscent of the 1920’s and social and political structures similar to earlier periods.

At what age did you realize your fascination with books? When did you start writing?
I was slow learning to read but once I got going… probably from the age of seven books did battle with Lego as the only toys. I wrote a lot at school, one of my English teachers really wanted me to go to his old college at Oxford to do English literature, but science and making things got to me first. I started writing again about seven years ago.

Who are your favorite authors to read? What is your favorite genre to read. Who Inspires you in your writings?
Going back I read a lot of action novels, Alastair Maclean, Hammond Innes, Robert Ludlum, Fredrick Forsyth, Dick Francis. Recently the biggest impressions on me have been made by Raymond Chandler and George Orwell. I am also a huge fan of C J Sansom’s Shardlake series. I also read a lot of non-fiction, mainly history but also some psychology and politics.

Tell us a little about your latest book?
‘Renaissance’ is my first novel; an action, adventure thriller, set in a post-apocalyptic future, but not a high-tech dystopia, which you might imagine from my background. I have chosen instead a new middle ages, using tools and technology that hobbyists, and the few remaining professionals, could make work with limited resources.

I have always questioned sci-fi worlds where complete social breakdown is accompanied by huge consumption of energy and resources. It simply could not happen. The organisation, equipment, and specialist knowledge needed to produce and process energy is vast. This is not available to a depleted population that has survived a near-extinction event.

I also read a huge amount of history, especially medieval history and I have always been fascinated by the intensity, colour and violence of that world and how people sought to organise themselves, through religion, guilds and so forth. The social and political world of the middle ages was small, vibrant, and intensely alive, in part because people did not expect to live a long time.

I chose a post-apocalyptic setting for ‘Renaissance’ as a means of creating a similarly small, close, world where I could develop characters that the reader might care about and also, in between the action, ask questions about our world, as much as theirs. I hope that I have been subtle enough in that aim not to detract from the pace of the plot or put my creations in a false position.