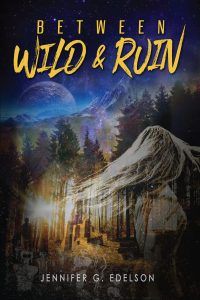 Tell us a little about yourself. Where were you raised? Where do you live now?
In a Godzilla-sized nutshell, I grew up in Los Angeles, dropped out of high school, rebelled the hell out of my teens and spent a couple rocky years dabbling in everything from car stereo sales, to animal rescue, to scalping concert tickets, to waiting tables. After quickly learning that limitations suck, I went on to complete a B.F.A. in Fine Arts-Sculpture with a minor in Criminology at the University of Minnesota and later, a J.D. in law school. Originally a California native, I currently live in Santa Fe, New Mexico with my husband, kids, and dog, Hubble after surviving twenty-plus years in the Minnesota tundra.

At what age did you realize your fascination with books? When did you start writing?
​I don’t remember I time when I didn’t read. But I started writing in elementary school. During high school, I wrote music and film reviews for my high school paper. Throughout lower school, college, and law school I wrote poems, commentary, policy and review articles, and short stories. I’ve always written and I’ve always loved writing, but until the last few years or so, never thought of myself as a ‘real’ writer. ‘Real’ writers were like unicorns or UFO’s; I suspected they existed but also knew I’d never be invited to the party.

Who are your favorite authors to read? What is your favorite genre to read. Who Inspires you in your writings?
My writing influences vary. I read A LOT, especially in the genre I most often write in, which is Young Adult fiction. But I’ve been in love with Albert Camus since college. His work inspires me; his writing, both his prose and the subjects he writes about, challenge me to examine meaning, to dig deeper when I write and when I interact with people. Vladimir Nabokov, Brett Easton Ellis, Heidi Julavits, Phillip Roth, and Chuck Palahniuk are also big writing influences, for many diverse, weird, and divergent reasons. Deeply flawed characters that still manage to capture and hold a reader’s interest, and stories that challenge notions of identity particularly interest me.

Tell us a little about your latest book?
Set against a Northern New Mexico backdrop, ‘Between Wild and Ruin’ is a young adult coming of age story that captures the wild and whimsical pulse of New Mexico through the eyes of teens Ruby Brooks, Angel Ruiz, and Ezra Lucero. The first book in the ‘Wild and Ruin’ series, ‘Between Wild and Ruin’ explores the time-tested credo ‘never judge a book by its cover’ through a paranormal lens, weaving Puebloan and Hispanic folklore and Southwest cultural narratives into tightly written, high-concept fiction ‘brimming with mystery, intrigue,’ and as Kirkus Reviews puts it, an “intriguing historical drama and an over-the top quadrangle romance.”

On its face at least, ‘Between Wild and Ruin’ is a bit of a ‘Beauty and the Beast’ story. I initially gave the book a title that played with that idea, but my editor and manager worried the title was too obscure. So I winnowed down a list to four other titles and then threw it out to the masses, who essentially chose one of them for me. Between Wild and Ruin fits the story well, because the book is as much about wild spaces, feelings, and people, as it is plot-driven. Plus the plot involves an old pueblo ruin. Ruby and Ezra are also caught between choices about their lives and each other that could literally lead to ruin. Ultimately, I got to keep the word ‘Wild,’ which sums up the kind of world the book’s characters live in.