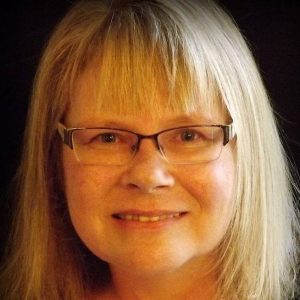 Tell us a little about yourself. Where were you raised? Where do you live now?
I grew up in Pickering Village, Ontario, Canada. When I met my husband, I moved to Northern Ontario. It’s a community on Georgian Bay. I have been writing since I was a child. I started creative writing when I was on maternity leave and I’ve been writing creatively ever since. I have also written inspiring business articles. We have a husky named Shyla and a long-haired cat named Nicky.

At what age did you realize your fascination with books? When did you start writing?
I started writing when I was about eight years of age. My dad wrote, non-professionally and I wanted to be like my dad. Although he never published his work, he was a great writer and an inspiration. I was also a voracious reader and I read GONE WITH THE WIND when I was only ten.

Who are your favorite authors to read? What is your favorite genre to read. Who Inspires you in your writings?
I really like Linwood Barclay from Canada, Leah Russell from England, Michael Robotham from England and Steven King from the USA. I really enjoy cozy mysteries written by Sue Grafton as well. Steven King wrote a great book about writing and I refer to it often as well as the books written by Noah Lukeman. Once it awhile I read inspirational books such as Reinvention by Arlene Dickinson.

Tell us a little about your latest book?
Detective Constable Lynette Wilton and famed defense lawyer Maxine Swayman and six more guests go on an escape room adventure at a resort in Toronto called the Castle. The escape room is a re-creation of the whiskey smuggling era. Amy Sharpe is murdered and all of the people at the Castle are suspects. Constable Kurt Spencer investigates and he is smitten by Lynette. Suddenly a storm knocks out the electricity and surrounding roads are washed out. All of the people, including the murderer have to stay at the Castle overnight.

Constable Spencer and Detective Wilton investigate the murder and learn that Candace Stewart is the main suspect. Candace is Maxine Swayman’s cousin and there is friction between the police officer and the lawyer. Another murder occurs, and Candace was out of the country when it happened. Have they arrested the wrong person?