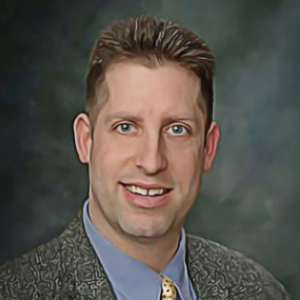 Tell us a little about yourself. Where were you raised? Where do you live now?
Thank you for asking. I’m J.W. Zarek, and I grew up in Brooklyn and Queens, New York, and
now reside in Northern Virginia, and I help catch naughty folk for the Government.

I’ve taught English Conversation in Japan and can analyze anyone’s handwriting. I’ve sailed
through the Suez Canal twice and hunted pirates in the Persian Gulf. I’ve climbed to the top of
Mount Fuji, been kicked off Mount Rainier, and successfully ran in the Walt Disney World
Marathon as a woman.

At what age did you realize your fascination with books? When did you start writing?
It was in sixth grade. A teacher assigned everyone in the class to write a Halloween-themed scary
story. I don’t remember story details, but I’ll never forget how the story made the teacher feel.
They said how much they enjoyed what they read, and it’s good enough to be published.

Who are your favorite authors to read? What is your favorite genre to read. Who Inspires you in your writings?
Favorite authors I grew reading are Stephen King, Edgar Allen Poe, Mark Twain, J.R.R Tolkien,
C.S. Lewis, and Jules Verne. Their stories inspired my imagination and fed my soul.

Who inspires me? I dedicated my third book to Margie Lawson because she shared and showed
me how to write fresh and amp up my writing. I am forever grateful to Margie for doing this.
And because of what Margie shared and showed me, it’s helped me find inspiration in my
writing through a shared glance, an argument or conversation, and unexpected, unplanned
moments.

An example of this is the first time I was outside the Port Authority bus station, and a homeless
man asked for a dollar. I gave him a dollar, went about my day, and forgot about this momentary
exchange, this unexpected moment because, at the time, it wasn’t significant, extraordinary, but a
normal kind of moment you forget.

And when wrote the scene where Boone, the protagonist exits the Port Authority bus station, I
asked what Boone would see, feel, hear, and experience his first time inside and outside the bus
station. And the memory of the homeless man asking me for a dollar replayed inside my head.

This memory helped shape how the scene opened in Chapter Three – First Time Anywhere, as
shown below.

Twenty-two hours after riding on a cramped Greyhound with no A/C and the backed-up
bathroom smell, I’ve arrived outside the Port Authority Bus Terminal in New York City,
thankful I only had one panic attack and one weird dream. I rub the knot swirling in my stomach. The urge to turn around and go home hits
me hard.

Inside the terminal, tourists chatter, beggars beg, buses brake. Everyone is on a cell phone. I wish
I’d bought one before the trip. There wasn’t a need for one in Wentzville. Not allowed at Ren
faires. I use a walkie-talkie for my handyman job at the trailer park. And who would I call here?
I don’t know anyone in New York City, except the contact Flynn gave me, a Professor Stone.
I inhale, and whiskey-flavored words barrel over my shoulder. “Mister, can you spare a dollar?” Turning, I’m face-to-face with a gruff one-toothed grin. I’m thrown by his breath, but I hand him a dollar. His grin grows. “Thanks, Mister.” He leaves, prize in hand.

Tell us a little about your latest book?
I wrote The Devil Pulls the Strings, to honor the hero’s journey and infuse Slavic mythology and
all the many faces of the mother of all witches, Baba Yaga, in a modern setting, and address a
rumor about Niccolò Paganini, born in 1782. Paganini was the world’s first Rockstar of his day,
known as the world’s greatest violinist who revolutionized violin technique.

Rumor has it, his mother gave Paganini’s soul to the Devil so Paganini could be the world’s
greatest violinist. Imagine a world where that’s true. Then you would be immersed in the world of The Devil Pulls the Strings, where time travel, twisted history, secret societies, Paganini’s music, and one haunted hero collide.

Twenty-two-year-old Boone Daniels has problems, debilitating panic attacks, gut-wrenching
guilt, a wendigo haunting him since age six, and now he almost killed his best friend in a joust.
But when he fills in for his injured friend at a New York gig, he goes to meet the gig’s contact at
his NYC brownstone. A body falls from the brownstone balcony and the place explodes with gunfire. Boone barely escapes but uncovers a sinister plot to perform a rare Paganini piece that
summons the Devil to trap Baba Yaga and destroy modern-day New York City.

He then finds himself on a race through time, to capture the cursed melody. Along the way, a
Romani immortal, steampunk vampires, and Baba Yaga set the stage for war, and Boone shall
have to risk death for redemption. All Boone wants is to keep a promise to a friend. The same
friend, he almost killed last Sunday during a joust.

The Devil Pulls the Strings as seen on ABC, CBS, Fox, NBC, Ticker News Live, and the NY
Post, received the Literary Titan Award, The International Review of Books Badge of
Achievement, selected to move forward in the American Golden Picture International Film
Festival competition, made the Chanticleer Long List in multiple categories, as well as, received