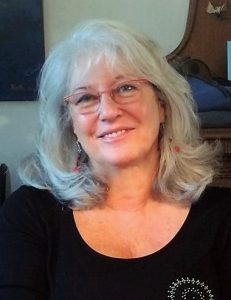 Tell us a little about yourself. Where were you raised? Where do you live now?
I arrived in Montreal at the age of 19 months and remained there most of my life until 2006 when my need for trees and my husband’s love of small towns led us to move out to the country, to the foothills of the Laurentians.
I have had three passions in my life: writing, traveling and animals. For 16 years I combined the latter two as the owner of a communications agency during which I became a travel media consultant and the Canadian representative for Busch Gardens and Sea World. As a result, I spent a lot of time traveling across Canada in the company of macaws, numerous snakes, two penguins and an assortment of oddball creatures like a great horny toad, an armadillo, tarantula and river otter (not all at the same time). When I closed the agency, I went to work at the Fauna Foundation, Canada’s only chimpanzee sanctuary, an experience beyond description. We have had cats but when they both passed, we began to travel more and that precluded replacing them.

At what age did you realize your fascination with books? When did you start writing?
As English is my second language, from an early age, books were immediately fascinating to me. I started reading Greek and Roman mythology by the time I was eight, and decided I would be a writer when I was nine. I kept diaries and journals and dream logs that now crowd the shelves of my closet. However, when asked what I was writing, I would respond, not yet. I need to live some first, I explained. Although owning a communications agency required that I write all the time, from annual reports to radio commercials, I didn’t start writing for myself until my mid 40s. But once I started, I couldn’t stop.

Who are your favorite authors to read? What is your favorite genre to read. Who Inspires you in your writings?
I have a very eclectic, non-discriminate taste in authors and genres. From Kurt Vonnegut Jr and George Saunders to Philip Roth, Saul Bellows, Esi Egugyan, Colum McMann, Isaac Bashevis Singer, Amos Oz, Alice Munroe, Jane Goodall, David Homel, Dani Shapiro, and Malcolm Gladwell. I am an avid reader of fiction, historical or literary; autobiography and memoir; poetry, stories featuring animals, and short story collections. What inspires me are storytellers who can spin and weave and engage me, whether their stories are fiction or non-fiction.

Tell us a little about your latest book?
I went to Germany in 2005 to do research for “Don’t Ask” and somehow ended up with an award-winning documentary film instead, telling the story about the town where I was born and how my mother saved my life (www.nazimidwife.com), a story she never stopped telling me, along with a host of others I didn’t want to hear. My mother died when I was 28 and the stories stopped.
But when I began writing Don’t Ask, it made me wonder what it would be like to have a mother who never revealed her background, her stories, who wore silence like armor.
The documentary took eight years to complete while the bare bones of my book sat in a drawer fermenting. In between, however, I found a publisher for my collection of short stories. Another five years and about thirty revisions and I was finally ready to let it go out in the world.
Don’t Ask is written from the point of view of three characters. Hannah is a career real estate broker in her mid 40s, unattached and the only child caring for a remote and elderly mother, Rokhl. The plot pivots on the last cryptic note Rokhl leaves Hannah before she disappears. She writes: “I am not her.”
Notes are Rokhl’s main means of communicating with her daughter but we don’t know why until we read her story posthumously left for Hanna to find. The third perspective is through the eyes of charming Max, a German broker, whose SS father disappeared when he was two, and for whom Hannah has an uncomfortable yet instant attraction. I had to imagine a mother who never told her stories, who kept her past a deep secret and a daughter who wanted to know more but was terrified to open festering wounds. For Hannah, it is ultimately easier to live with what is, then to explore what causes her mother’s terrifying silence.
I also sought to examine both sides of the second-generation experience— how the children of perpetrators as well as survivors —deal with the baggage of their histories.