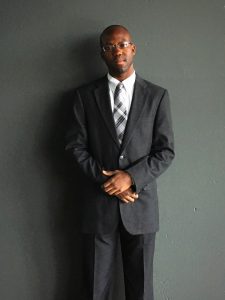 Tell us a little about yourself. Where were you raised? Where do you live now?
I am Fred Tippett, II, the author of the recently released YA Mystery novel THE LETHAL LIST–-which is currently on sale now via Amazon. I was raised in Alabama and live there now, though I was away from my home state for quite a while because I attended college in Georgia and law school in Philadelphia. I am currently a Washington-DC-barred attorney. Sadly, I do not have any pets.

At what age did you realize your fascination with books? When did you start writing?
I first realized that I was fascinated with books during early childhood–-when I became nigh obsessed with Hardy Boys and Nancy Drew titles (both the originals and the later branch-off books). As I grew into my teen years, my tastes began to mature a bit, tending more towards YA novels written by traditionally published, big-name authors like James Patterson or Anthony Horowitz or James Frey. I also started reading more adult-oriented novels as well, some by James Patterson, some by Sue Grafton or Michael Connelly, some by other authors.

I first began writing during my freshman year of college, though this wasn’t writing books “in proper.” It was more like very detailed outlining. The laying out of books–outlining them–has always been rather easy for me, and I created very detailed outlines for MANY books beginning during my freshman year. Somehow, though, I never quite found the bravery to put pen to paper (or finger to keyboard) in writing a proper book until one rainy Sunday during my second year of law school. I’m still a master outliner to this day–but since then, I ALSO have been writing books as quickly as the ideas will come to me.

I have three favorite genres: Science Fiction, Mystery, and Fantasy, not necessarily in that order. Nevertheless, I do read quite a bit more Mystery than I do Sci Fi or Fantasy.

As an author, I have to say that I take inspiration from just about EVERYTHING. Real world events, day-to-day life, things that I read, even things that I write. Every book begins with one or more ideas, and ideas can come from anywhere–-at any time.

Tell us a little about your latest book?
My latest book–-THE LETHAL LIST–-is also my second published. It is a Young Adult Mystery novel whose primary character is Katelyn Elms.

Katelyn, a seventeen-year-old aspiring investigative reporter, is saddened and shocked by the sudden suicide of her friend Marnie Overton in her Santa Barbara home. Then, after the initial police investigation, Katelyn notices multiple inconsistencies that the cops overlooked—and begins to believe that Marnie was actually murdered by a clever and elusive killer.

Prompted by the insistence of Marnie’s young daughter, Katelyn launches her own investigation and quickly uncovers a disturbing number of buried secrets and lies surrounding Marnie’s final days, including mysterious relationships with a shady district attorney and a womanizing and temperamental boss. Stonewalled by a police force determined to look no deeper into Marnie’s case and unwilling to let a child relitigate the matter, Katelyn presses on with the covert assistance of the Police Chief’s son—who also happens to be the one boy whose affections she has silently pursued for the past three years.

But when her efforts turn up a second questionable suicide, a book of suspects, and a motive to kill with dark ties to a massive underground conspiracy, Katelyn finds that she herself is fast becoming a target for premature death.