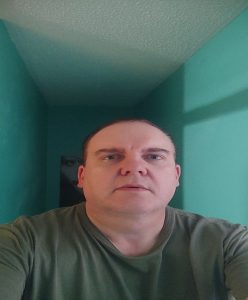 Tell us a little about yourself. Where were you raised? Where do you live now?
I was raised in the south-west and west of England, and currently live near Bristol.

At what age did you realize your fascination with books? When did you start writing?
I’ve written fictional stories as far back as I can remember. Wrote my first novel at 16, and have been writing (albeit with some long non-writing periods) ever since.

Who are your favorite authors to read? What is your favorite genre to read. Who Inspires you in your writings?
My favourite fiction authors are usually in the horror, dark fantasy, or crime genres. Long list, but Stephen King, Dean Koontz, Daphne du Maurier, and Patricia Cornwell. I am also interested by real-life stories about the strange / mysterious / paranormal, so often work these into my writing.

Tell us a little about your latest book?
Floating Hair enjoyed a very long gestation period. I started writing it in 1996, wrote around 60 pages, and then became a bit disillusioned with writing and stopped. Picked it up again in 2009, and spent the next 3 years turning my initial attempt into a full-length novel: receiving no interest from publishers or agents.
Then spent 2019-21 rewriting the novel, before self-publishing.

Floating Hair is a gothic horror novel with a female perspective set in north-eastern United States.

David, grieving for his lost wife, returns to the town of his childhood: finding love and solace and escape.
Malsham: now filled with romantic, sexual, and criminal lives.
And some bad men. Especially one…
In 1692, Lucy was burned as a witch to conceal his crime: the ravaging fire destroying every aspect of her identity. In the centuries that follow, no-one is held responsible. But now she is given a chance of retribution…
On a cold October night, there is a light in the sky. The population of Malsham watches its blazing progress, before it crashes into the lake. In that moment before impact, some become psychically bound: their lives forever linked.
The explosion resurrects Lucy as a fiery vampire. Initially unable to leave the waters, she births small dragons which feed upon the townspeople: gaining sustenance from their endeavours.
Rain deluges the region. Hauling herself from the lake, the rainwater coats her skin: churning from transparent into disparate dark colours. She strides towards the closest house…