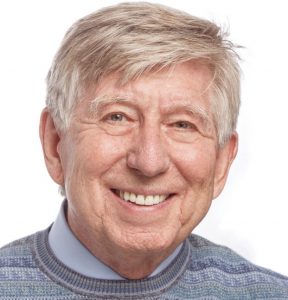 Tell us a little about yourself. Where were you raised? Where do you live now?
Born in Germany after World War II ended, I immigrated to the US when I was five. Raised in Boise, Idaho, with two German Shepards and a Labrador, I eventually became a US citizen. My early growing experiences are in two creative fiction pieces published in Idaho Magazine, November 2019, and July 2011 issues. After I graduated in 1968 from the University of Idaho with my ROTC 2nd Lieutenant commission, I entered the US Army and then eventually the International Fortune 500 corporate world. After 40 years, I returned to Idaho Falls, Idaho, to retire and write my first novel, Legacy of war. Currently, I am writing the sequel novel: Legacy of War: The German Paradox. It’s another John Moore mystery thriller.

At what age did you realize your fascination with books? When did you start writing?
By six I was fascinated by reading and when I took the creative writing class at Boise High School, I grew into writing. After college and years of writing short stories and nonfiction, I was finally published in Army Magazine in 1973. In the business world, I was published in various business journals and had a short story published in a mystery magazine.

Tell us a little about your latest book?
My novel Legacy of War took ten years to write. It was conceptualized in 2009 when I returned to Vietnam, now the Socialist Republic of Vietnam, many years after I served in those dark and dank jungles during the war, commanding a combat unit as a captain in the US Army. The novel deals with a fictional character, John Moore, who served in the war.
A brief overview:
Psychologist John Moore is shaken when his PTSD Vietnam War patient reveals war crimes committed with a CIA agent and a South Vietnamese Army colonel. Moore, who served in the Vietnam War commanding an infantry company with the 101st Airborne Division, flashes back to his own war demons while still depressed over his wife’s death. The following day the patient is found dead—an apparent suicide. Stunned, Moore begins investigating the dead patient, the rogue CIA agent, and the lethal Vietnam War apparatus–the CIA’s Phoenix Program–in which 81,740 communists and innocent Vietnamese civilians were killed. An attempt on Moore’s life forces him to return to Vietnam to assist officials of the Socialist Republic of Vietnam and the CIA in capturing the CIA agent and the South Vietnamese Army colonel. Both fled to Vietnam during Tet, the Vietnamese New Year, to blend and disappear with the 80 million celebrating Vietnamese. The two intend to recover buried loot, hidden since 1973. In the sweltering jungles of diverse, mysterious Vietnam, shrouded in his war memories, John Moore partners with an attractive female Vietnam National Police Agent, conflicted over his feelings for her, and for being allied with the former North Vietnamese who show their animosity toward him for all the death and destruction of the war. His pursuit of the CIA agent, a fellow American, comes to a conclusion in Laos on the old Ho Chi Minh Trail.