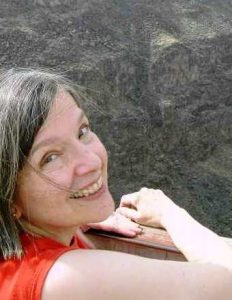 Featured Interview With Dorothy A. Winsor

Tell us a little about yourself. Where were you raised? Where do you live now?
I’m originally from Detroit. My father was Canadian, so I have relatives on both sides of the Detroit River. I lived for a number of years in Iowa, while I taught in the English Department at Iowa State University, but now I live in the Chicago area. I loved my students at ISU but I’m a city girl at heart.

My son lives nearby. He takes in shelter dogs, so I’m lucky enough to have grand dogs!

At what age did you realize your fascination with books? When did you start writing?
I always read a lot. When I was a kid, my mother tried to make me spend more time outdoors by limiting me to five chapters a day. My dissertation was on the English novel. But I never thought I was creative enough to write. That changed after the Lord of the Rings movies came out, entrancing me and then driving me to read and write fanfiction. I wrote a literal million words of fanfic. One site kept track so I knew when I hit that number. Some author says you have to write a million words of weak writing before you’ve learned enough to write something good. So at that point I decided to launch into my own stuff.

Who are your favorite authors to read? What is your favorite genre to read. Who Inspires you in your writings?
My favorite authors and genres vary. Sometimes I binge on one genre and then have to switch to another one because everything is starting to sound the same. But my favorites list always includes Jane Austen. At the moment, it also includes Megan Whalen Turner, Louise Penny, and Fredrick Backman. They’re all entertaining. They also all deepen my understanding of what goes on in the human heart. They all have a sense of place. They all surprise me.

Tell us a little about your latest book?
My newest YA fantasy, THE WYSMAN, comes out from Inspired Quill on June 27, 2020. Here’s a blurb for it:

“The Grabber is just a fright tale.”

Former street kid Jarka was born with a crooked foot and uses a crutch, but that no longer matters now that he’s an apprentice Wysman, training to advise the king. When poor kids start to go missing from the city’s streets, though, Jarka suspects that whatever’s causing the disappearances comes from the castle.

Now he needs to watch his step or risk losing the position he fought so hard to win… but when someone close to him becomes the latest victim, Jarka knows he’s running out of time.

His search takes him from diving into ancient history to standing up to those who want to beat or bleed the magic out of him.

Will Jarka succeed in uncovering an evil long-hidden, or will he see friends and family vanish into the darkness? And whose side is the King on, in his determination to bind his nobles to him no matter what black arts they’ve dabbled in? If Jarka fails in his search, his own future won’t be the worst thing lost.

I don’t know how long it took me to write THE WYSMAN. It depends on what you count. I have drafts dating from six or seven years ago. I kept working on it, deciding it wasn’t good enough, setting it aside, and then coming back to it after I’d have a chance to learn some more about writing. I couldn’t let the character of Jarka go. I want other people to read about him and love him and respect him! He deserves it.