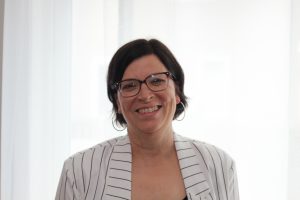 Tell us a little about yourself. Where were you raised? Where do you live now?
I’m a writer based in the Toronto, Canada area where I was mostly raised. I’m a proud royalist with a lifelong passion for the British monarchy. An avid Diana-watcher for over 30 years, I was thrilled to cheer for the royal wedding of Prince William to Kate Middleton on the streets of London in 2011. I was also honoured to attend a Royal Garden Party at Buckingham Palace in 2015. I love spending time with my two amazing adult children and grand-daughter Eva.

At what age did you realize your fascination with books? When did you start writing?
I was always a nerdy kid and because my family moved a lot, I started my love for reading at a young age – probably 10 or so. I started writing poetry in high school have never stopped writing since then!

Who are your favorite authors to read? What is your favorite genre to read. Who Inspires you in your writings?
I fell in love with Ayn Rand’s We The Living as a teenager and still hold it dear to my heart. Ditto with Colleen McCullough’s The Thorn Birds. I have also read everything ever written by Maeve Binchy and Rosamund Pilcher. I really enjoy reading women’s stories – particularly of how they survived and thrived in World War II Britain. I get inspired by a great story and engaging character development – in a historical setting.

Tell us a little about your latest book?
My first novel, Diana A Spencer in Love, was published in 2017. Diana, A Spencer in Turmoil is the second novel in the trilogy and was just released in September 2018. I really wanted to write about Princess Diana – I’ve voraciously read all the bios detailing her life, but I always thought something was missing – her voice! So I researched for a long time (years, probably) and wanted to create historically-based novels that tell what Diana was thinking and feeling in her extraordinary life. The first book tells the story of Diana’s first year of royal life as she met, dated and married Prince Charles. The second, Diana A Spencer in Turmoil, picks up the story 10 years later and chronicles the troubles in her marriage, experiences as a loving Mum & friend, and how she swept onto the world stage with her humanitarian efforts. The final novel – Diana, A Spencer Forever – finishes the story with Diana’s final year of life. It will be released in 2019. You’ll really get to the know the Princess through my novels, experience a “day in the life,” and share her incredible journey. Each of my first two books took me about six months to write. I had good outlines before I got started -that’s really important. Research is fascinating to me, so that part was hard to stop. There’s always another book to read or detail to explore!