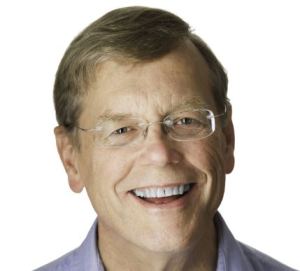 Tell us a little about yourself. Where were you raised? Where do you live now?
Born in 1946, I grew up in Arlington, Massachusetts. I attended Bates College in Lewiston, Maine, majoring in English literature. During my junior year, I studied English Literature at Oxford University and travelled in Europe.

After graduating in 1968, I enlisted in the Air Force one step ahead of my draft board’s invitation to join the army and travel to Vietnam. I married Susan, my high school girlfriend, during leave between tech school and my posting to the Philippines at Clark Air Base.

Discharged from the military in 1972, I was hired by Liberty Mutual Insurance to attend their three-month computer training course. I learned later that the major reason I was hired was my writing and communications background. An English degree can be a valuable asset!

After 35 years in information technology, I retired from Massachusetts Financial Services in the spring of 2012.

My wife and I moved north of Boston in 1974. Our daughter lives in Ireland with her husband. Our son and his wife are pediatricians working in Rhode Island. We have four grandchildren.

Echo from Mount Royal is my first novel.

At what age did you realize your fascination with books? When did you start writing?
I’ve loved books for as long as I can remember. Since I was 7 or 8, I’ve dreamed of writing a book. I began writing at Bates College in Maine. While studying abroad at Oxford University in England during my junior year, I travelled throughout Europe during term breaks. For my B.A. thesis, I wrote stories, essays and poems based on my travel journals.

Like many young writers, I was ‘bitten’ by the poetry bug in my twenties. I was cured, mercifully, within two years. Three poems were good enough to escape the shredder.

In my mid-twenties, I began writing short stories. An early story, submitted to the University of Massachusetts literary magazine, was not accepted, but the editor wrote a personal note praising the story and encouraging me to continue writing. I have always treasured that ‘rejection.’

While studying for my MBA at Suffolk University in Boston, I entered stories in the university’s annual short story contests and won a couple of cash prizes. I knew I had to keep my day job. In my thirties, I began writing a novel off-and-on over several years. I finally finished the 400-page novel. It hides in a cardboard box under my desk.

When I decided to retire in 2012, I sat myself down for a serious talk. “You’ve always thought of yourself as a writer,” I told myself, “but you spend more time thinking about publishing a book than you do sitting down and doing the hard work to write one. Don’t die before giving your dream a real chance.”

I’ve especially enjoyed Colm Toibin’s novel Brooklyn which has several themes in common with my book, Echo from Mount Royal.

Tell us a little about your latest book?
It’s 1951 in Montreal. Rebecca Wiseman, 18-years-old, from a Catholic-Jewish family, lives with her parents. At a dance, she briefly meets a handsome young man, but has little hope of seeing him again. When Sol Gottesman tracks her down and asks her on a date, her happiness mingles with disbelief when she learns he is the son of a wealthy businessman. She believes her romantic dreams have come true.

She soon learns that, despite Sol’s outward charm, he lacks self-confidence. On a visit to Mount Royal overlooking the city, Sol reveals the simmering conflicts in his family. Rebecca’s wants to protect Sol, but helping him stand up to the pressure from his family, puts her squarely in the midst of it all.

Class, religion, family secrets and sexual inexperience test their love and Rebecca wonders if the relationship can survive. And then, a late night telephone call changes her life forever.

The genesis of the novel:

Before going to work, I’d often meet an elderly Jewish woman in the coffee shop downstairs from my office. We talked ‘books,’ sharing a similar taste in fiction. When she learned that I was a writer, she told me many stories about her experiences growing up in Montreal before and after WWII. But it was her story about her engagement as an 18-year-old girl that astounded me. She invited me to ‘write it up,’ thinking it would make an interesting short story. Over the next ten months, I gave her chapters to read. When the 300-page manuscript was finished, she hefted the pages laughing, “This weighs more than a short story!”