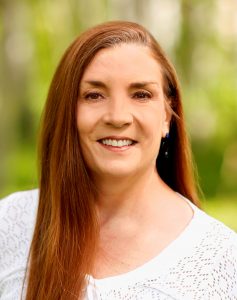 Tell us a little about yourself. Where were you raised? Where do you live now?
I’m a Wyoming girl – I was born and raised there, in Sheridan. However, my parents tried living in many other places before their divorce when I was six: Buffalo and Casper, Wyoming; Circle, Montana; and Kennewick, Raymond, and Pasco, Washington. After the divorce, my dad was granted custody but my mother kidnapped us and took us to Story, Wyoming, until my dad kidnapped us back and took us to Carlsbad, New Mexico. I attended school for only 7 days in Carlsbad and probably even less in Story. I give credit to all of this moving around and the tension in my parents’ marriage for my shyness and PTSD. We finally settled with my dad and his parents in Sheridan, and that’s where I grew up. I now live in Casper, Wyoming with my husband, Rob.

We did have pets before we were married: I had a black lab and a chocolate lab, and Rob had a mixed breed. They all died from old age and we don’t plan to replace them in the near future because we travel a lot when Rob is off work, and I’ve grown allergic to dogs.

At what age did you realize your fascination with books? When did you start writing?
I was only two when I started to read. I was lucky that both parents enjoyed reading to me and I picked it up quickly. I received a lot of books for my birthday and Christmas and was always elated to get them. When we had reading challenges in grade school, I always read the largest number of books. My mother gifted me her dozens of Nancy Drew books when I was in fourth grade, and I devoured them. When I was 13, she gave me her copy of Gone With the Wind and I’ve read it every year since. I can quote passages and I know where the typos and other errors are, and it still draws me to it each year. My biggest pet peeve is when she calls people Scotch or Scotch-Irish rather than Scots or Scots-Irish, which is a large part of my heritage.

I started writing stories when I was very young too, although the first book I wrote and illustrated was The Rubber Ducky, which I wrote at age seven. In high school and into my early twenties I wrote lots of bad poetry. I’ve written a few short stories, an essay, and a 10-minute play. My husband told me, in his marriage proposal to me in 2013, that I could leave work as an accountant and write that book I’d always wanted to write. So I wrote the book, which I didn’t know at the time was to be a dystopian thriller. It’s the first book I attempted and took me about two years to write, although I did go in and revise the last section some time after that. I now take a break from writing each year to work tax season at a local accounting firm.

Who are your favorite authors to read? What is your favorite genre to read. Who Inspires you in your writings?
I like many authors, but those that come to mind are Margaret Mitchell, Tana French, Suzanne Collins, J.R.R. Tolkien, Dennis Lehane, Sara Gruen, John Green, Jo Nesbo, Lionel Shriver, and Jodi Picoult. I used to read a lot of Stephen King but haven’t read any of his books in some time. If I had to pick a favorite genre, it would be psychological thrillers, but I read widely and don’t pay much attention to the genre of the book I’m choosing. I’m inspired by many of the authors I like, and DAEIOS was also inspired, in part, by The Handmaid’s Tale.

Tell us a little about your latest book?
DAEIOS: 140 FEET DOWN is a dystopian thriller with overtones of The Handmaid’s Tale. It’s got many issues in it that we’re dealing with today: climate change, racial tensions, abortion rights, drug addiction, men assaulting women, and the MeToo movement. Although this isn’t a political book, I took these issues and imagined what they might look like in 2034.

Shea Donovan, a snarky 22-year-old with bipolar disorder, tells her chilling story with self-effacing irony and evolving cognizance. It opens with a killer storm approaching and the need for Shea’s family, a group of survivalists, to evacuate immediately due to an impending mudslide behind their home and the ferocity of the storm. Her parents call Shea to help them find Jace, her drug-addicted brother who is missing, so they can all escape to Daeios, an underground shelter for the Elite. They find Jace and fear drives them to the shelter as the killer storm worsens. They reach the shelter just before permanent lockdown. Now they’re 140 feet down, protected from the storms to live out their shortened lives until the food runs out and they starve to death. It buys them about a year.

But it soon becomes clear that they’re trapped in a nightmarish existence.

When the Elders who run Daeios announce their plans to breed with all fertile females to repopulate the earth, Shea knows they will force her to breed. She plans to fight off her seed-bearer.

The punishments of the Daeiosians begin, including long periods of total darkness with the Daeios song blaring repetitively. Each time the darkness and music finally stop, several more people are missing. It’s especially clear that the Elders are getting rid of the other men. What happens to the people who disappear into the total darkness of Daeios?

Shea’s time for her breeding arrives. She must make the gut-wrenching decision whether to breed with an elderly, sadistic man and bear his child, or to fight the breeding, knowing that defiance will endanger her life and that of the other Daeiosians. She vows that her family must not vanish into the darkness.

My first idea was to write a dystopian story with humor, because don’t people use humor even when they’re in the direst of circumstances? We see it in horror movies, action movies, thrillers. But the darker Shea’s story became, the less the humor made sense, although I did leave Shea with some sarcasm. The humor is the reason I rewrote the last one-third of my book, to remove the most humorous part and some additional characters that took the book off on a tangent, away from Shea’s dark situation. The book is now mostly dark from cover to cover, a thriller, and is a much better book than the way I first wrote it. I do miss the character Norman, a giant Daniff puppy.