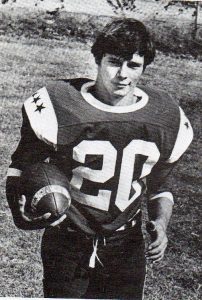 Tell us a little about yourself. Where were you raised? Where do you live now?
I write literary novels, mostly serio-comic in nature. Before becoming a full-time writer, I worked for newspapers and magazines and taught writing courses at various colleges and universities. I have the obligatory MFA in creative writing degree. I grew up mostly in Oklahoma and I’ve also lived in Hawaii, California, Texas, Wyoming, Washington state, Missouri, Iowa, Minnesota, Tennessee, Rhode Island, and Massachusetts (a consequence of having a father in the navy and I moved fairly often as an adult). We have two dogs and three cats cohabitating with us. I reside in the Pacific Northwest and I enjoy the frequent drizzle.

At what age did you realize your fascination with books? When did you start writing?
I started reading before first grade. The first books I remember enjoying were a set of children’s encyclopedias that were color coded by subject (black for science, red for history, blue for literature, etc.) Throughout grade school I was a voracious reader of adventure, sports, history, and popular book series like Encyclopedia Brown and the Hardy Boys. In junior high I started reading literature, starting with Dickens and Twain. In college I continued reading classics, branching out to Tolstoy, Dostoevsky, Joyce, Faulkner, Hemingway, and Fitzgerald. Because I loved books, especially fiction, I wanted to emulate my favorite writers so I began writing fiction at an early age. In grade school, a friend and I co-authored the “Buddy Boys” adventure – ten pages of juvenilia. In high school, I wrote a 32-page short story (my girlfriend typed the manuscript) and it was derivative and immature but I learned a lot. In college, I won a campus literary contest. After graduation I started working in journalism and didn’t write any fiction again until I attended a MFA program in my late twenties. That experience was so disappointing that my desire to write fiction faded and I focused on journalism and teaching until fifteen years ago when I dedicated myself to writing fiction.

Who are your favorite authors to read? What is your favorite genre to read. Who Inspires you in your writings?
Dickens was my first favorite author. I read three of his novels (“Great Expectations,” “David Copperfield,” and “Oliver Twist”) while I was recuperating from a broken leg I suffered while playing baseball. I started reading Twain soon after. As I matured, I read more challenging fiction: Fitzgerald, Faulkner, Hemingway, Flannery O’Connor, George Eliot, Hardy, Orwell, Tolstoy and many other classic authors. I almost exclusively read literary novels although occasionally I sample a popular writer.

Tell us a little about your latest book?
My latest novel is entitled “The Replacement.” It’s about the comic adventures of an itinerant college instructor and struggling writer. The protagonist, Dale Smith, is married to his second wife and has a precocious step-daughter. Dale often takes temporary teaching positions and in effect replaces another professor who is on sabbatical. The story is set a few months before the year 2000, or the “pseudo-millenium” as Dale puts it because the real millennium doesn’t take place until 2001. The novel satirizes some academic types and also explores certain themes such as the aesthetic differences between memoir and fiction, the nature of racial identity, and how writers can be exploitive of other people when they write their books. “The Replacement” is the ninth novel in a series I’ve unofficially called “A Writer’s Life.” The nine novels dramatizes the protagonist’s professional and domestic life. Each novel can be read as a single, stand-alone work although each novel leads to the next book. The series will end with the tenth novel, which I’m now revising. I tend to be a fast writer. “The Replacement,” 435 pages (6 x 9 format), took three months to write the first draft. It took six months to revise and refine. I started “A Writer’s Life” in 2006 (although I didn’t know at the time it would turn into a series) with the coming-of-age epic, “The Adventures of Audie Dale Smith” So it’s taken 16 years to complete the series. Not bad progress considering there are 10 novels and a three are quite long. The titles of the novels are in chronological order: “The Adventures of Audie Dale Smith;” “Town Hall;” “Wyo;” “Two States of Mind;” “Dale & Vanessa;” “On the Edge;” “A Literary Apprentice in a Rainy Land;” “Two Families;” “The Replacement;” and soon to come “Remembrance and Revelation.”

If you enjoyed this writer’s interview, check out our Featured Authors page. We have some of the best authors to learn about. They are just waiting for you to discover them. If you enjoyed this writer’s interview feel free to share it using the buttons below. Sharing is caring! If you are an author and want to get exposure to new readers submit your book to our book promotion service.B