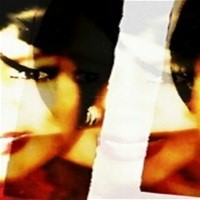 Tell us a little about yourself. Where were you raised? Where do you live now?
I was born and raised in the beautiful city of Chicago with my older brother, RaVan. My parents were not married; my brother and I were both love children. But as a single parent, my mother gave it her all, doing an exceptional job with us, in my opinion.

Growing up on the city’s South Side, my family lived in a number of great communities, including Kenwood/Hyde Park, Grand Boulevard, Washington Park, Jackson Park, and Douglas, just to name a few. And it had been while we were living in the Douglas neighborhood that I had chosen to adopt my father’s last name, you know, to use in my writing efforts, which came into being during that time in 1981.

Being the surname on my father’s side of the family, Ellington was my personal choice because I liked the way it flowed in succession to my one-syllable nickname, Cat, more so than I did any of the other surnames in my family, which all consist of one or two syllables. Initially, I had considered working in the Arts under the name Kimmie Ellington – “Kimmie” being short for my birth name, Kimberly. But at last, I decided against that idea. And I’m glad I did. My final decision to work under my predominant nickname, Cat, had been the wisest one.

I currently live—at least primarily—in Chicago with my husband Joseph Strickland, a screenwriter, producer, and director of the upcoming motion picture, Dual Mania. Together, we’ve produced an offspring numbering three: Nathaniel, Nairobi, and Naras, respectively. And our family pet is an adorable little Pomeranian that Joe (not I) named Aspen. Had I won the coin toss, the Northern Minnesota born pooch would be named NorthStar (for the former Minnesota North Stars hockey team) or Little Bear (laughs).

At what age did you realize your fascination with books? When did you start writing?
I would say around the time that I was seven-years-old. My mother was a passionate reader and she collected books of various genres, especially urban fiction, thrillers, romance, horror, etc.

My family was living in Chicago’s Grand Boulevard neighborhood when I made the acquaintance of my very first Chicago Public Library building, the Dr. George Cleveland Hall branch in the 4800 block of South Michigan Avenue. My mother always took my big brother and me there – nearly every weekend as she, my mother, had a thing for donating books to that particular branch. We used to have so much fun just walking to the Hall library from the old brownstone in which we lived. So it was during that era that I started reading, beginning with a few of those easy-to-read children’s books. My mother not only read them to my brother and me, but she also made us read them out loud so that we would develop a better feel for the words, small as they were. Just remembering those moments and witnessing them now gets me right here. Those were some good times, I tell ya. My mother, God love her, was a brilliant woman. The lady was smart as a whip and blessed with a beautiful penmanship. Even to this day, her reading and writing skills remain superb.

The creative writer instilled within me from the womb emerged in 1981, after I (then ten-years-old) had been guided to compose my very first song work that I eventually titled “The Baby’s Song,” a short, melodical piece to be placed in the Pop genre. Soon thereafter, my hand would often develop an incurable itch to write words . . . and connect them together . . . like puzzle pieces . . . in story form. And whenever the words would come (always in a chorus), there would be music accompanying them – beautiful melodies that I would have to record by mouth because I didn’t have any keys (a piano or keyboard) at that time. I could hear the entire orchestra playing in my head, the strings and everything. But I had to record the works into my tape recorder using my mouth to make the music so that I wouldn’t lose the words or the melody.

I was a chubby little girl, so I tended to spend more time in the house reading books and listening to music than I did playing outside. I mean, for me, at that young age, books and music were just a natural gravitation as the duo of art forms brought me immense joy, even from since the time that I was old enough to remember. I loved books to death, as did I music. And they both were to be my nearest and dearest associates in the creative process. Music and books had both become my fervent interests in the 1970s, and a writer was to become me in 1981.

Who are your favorite authors to read? What is your favorite genre to read. Who Inspires you in your writings?
Stephen King, Iceberg Slim, Donald Goines, John Grisham, Carl Hiaasen, Jackie Collins, James Baldwin, James Patterson, Matt Shaw, Sean Costello, and Jordan Belcher, just to name a few, but in no particular order. I thoroughly enjoy the written work of quite a few authors, but right now, I’m naming them off the top of my head. I really love the writing of Pamesh Gates, too. And Roger Stelljes.

Tell us a little about your latest book?
Reviews by Cat Ellington: The Complete Anthology, Vol. 1 is the beginning of a series of nonfiction books in the language arts & disciplines genre that intend to showcase the vast collection of my personally penned book reviews, which span nearly forty years.

Many of the authors whose novels I’ve reviewed were so in awe of my writing, that they were inquiring of me as to whether I had ever thought about writing my own books. Well, to be completely honest, I actually had; I just didn’t want to delve into it until the time was right. And in April of 2018, I got the call. It was time. I had finally located the majority of my original exaninations and immediately went to work revising all of the reviews from decades ago, restructuring them into manuscript form. And the process, though a ton of fun for me, had been terribly time consuming, a lot of hard work. But a stranger to hard work, I have never been. Truly, I’m proud to say that I completed the entire manuscript in just a little over three weeks.

Like every volume in the Complete Anthology series, Reviews by Cat Ellington (#1) comprises (50) literary examinations. Volume one covers 17 years, from 1979 – 1996. And some of the authors/books featured in the collection include Pimp by Iceberg Slim, Carrie by Stephen King, The Firm by John Grisham, Sinners by Jackie Collins, Dopefiend by Donald Goines, and Skin Tight by Carl Hiaasen.