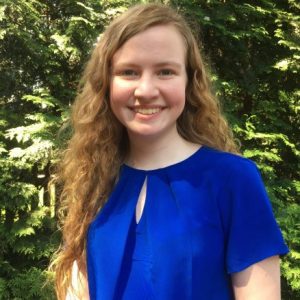 Tell us a little about yourself. Where were you raised? Where do you live now?
Hello! My name is Cady Hammer, and I am the author of Chasing Fae, a young adult fantasy novel that is just about to be released! I grew up in North Carolina, and I currently attend college in Virginia. I have always been a writer. I wrote my first novel at the age of eleven between classes. Although that text will never see the light of day, I continued experimenting with stories throughout my school years. I was often teased for being off in my own world a bit, but I have never hesitated to invite others along on the adventure I was weaving. My college studies of history and anthropology play a major role in the worldbuilding in my stories, particularly this debut novel. It is always my goal to create a world that readers want to step into, a world where they can breathe in the air and feel the wind on their skin as they stroll through a market or a city center. I also run the internationally-read website, Fluff About Fantasy, a place for young writers to learn the genre-specific craft of writing fantasy and be inspired by what they can accomplish. It is important to me to get more young people writing and creating. I know that there are a lot of talented middle school, high school, and college students who just need a little push to get them started.

At what age did you realize your fascination with books? When did you start writing?
Reading was the first activity that captivated me as a child. As a two year old, I begged my parents to read these giant Disney anthologies of stories over and over again to me. My first word was “again”. My mom tells me that my grandfather was the only one who would read all 200 pages and then start back at the beginning when I asked for more. I learned to read by memorization at first, but through that, I was able to recognize words and learn quickly. All of my elementary school teachers had a hard time keeping enough books in the classroom for me to read! That fascination never died through middle school and high school although I regret that I have much less time to read now. I started writing stories as young as six or seven, but I started thinking about longer form writing like novels around ten. I wrote my first book when I was eleven. I think it would be considered a novella now. I started and stopped several novels over the next eight years, mostly YA contemporary romances and middle grade fantasies. I love the process of creating new worlds and characters. It’s just so much fun.

Who are your favorite authors to read? What is your favorite genre to read. Who Inspires you in your writings?
Sarah J. Maas, Cassandra Clare, Julie Kagawa, Victoria Aveyard, Amanda Joy, Rick Riordan. I could honestly go on and on. Sarah J. Maas is my favorite author of all time; I love her Court of Thorns and Roses series. Rick Riordan is also amazing. I grew up reading the Percy Jackson and Heroes of Olympus books. All of these authors are wonderful, and I know there are at least a dozen others I could include. Fantasy is my favorite genre, of course. Sarah J. Maas is my absolute favorite author of all time, and both her Throne of Glass series and A Court of Thorns and Roses series inspired me to tackle my own fantasy book. I listened to a book talk of hers when A Court of Thorns and Roses first came out, and it was amazing. She listens to music when she writes to inspire different sections or scenes just like I do, and hearing her process and her laughter when she spoke made me feel like I could be an author someday just like her. I am a huge Rick Riordan fan; his Percy Jackson and Heroes of Olympus series were a big part of my childhood. The Harry Potter series and the Mortal Instruments series are also two of my favorites; the former was my introduction to fantasy, and the latter was my favorite series for the longest time. Cassandra Clare writes some of the best characters I have ever had the pleasure of reading. I could just go on and on.

Tell us a little about your latest book?
Chasing Fae follows the story of Grace Richardson, a young mortal woman whose only concerns are providing for her family, playing her violin, and spending as much time as possible with her brother, Leo. When Leo goes into service in the Fae’s world as a mercenary, she expects him to return with the honor that he deserves. When Leo suddenly dies in an unspecified accident, not a word, medal, or penny comes down from the higher-ups. Suspecting foul play, Grace disguises herself as a Fae and sneaks into the Upper Realm to get some answers. She anticipates being in way over her head, but the Fae soldier who discovers her true identity only a day in? Not so much. Now Grace is forced to drag Aiden along as she tries to work out exactly how and why her brother died. Along the way, she has no choice but to confront her prejudices against the Fae as she attempts to sort out the difference between the honest and the dishonest. Political conspiracies, demon realm escapades, and family secrets will all lead Grace to the answers she’s looking for… and some that she isn’t. I absolutely loved writing this book. This was the first idea in a long time that I had been able to take from start to finish and keep the same level of passion throughout the process. I love my main character, Grace; she is such a stubborn and driven character, yet she has some emotional fragility. I hope that she really resonates with readers. I love the world that the story is set in, the Three Realms. The Upper Realm is Fae, the Middle Realm is mortal, and the Lower Realm is demon. The Upper Realm has twelve Noble Houses for readers to navigate, each with their own unique landscape and culture. I spent eight months working on the worldbuilding for Chasing Fae, so I hope that readers love it.