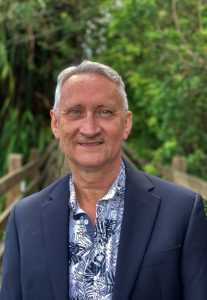 Tell us a little about yourself. Where were you raised? Where do you live now?
I was born and raised in Nassau, Bahamas. On my father’s side I’m descended from a long line of Loyalists; and on my mother’s, from the seafaring people of the Cayman Islands. With its lovely Georgian architecture and gorgeous white-sand beaches, Nassau was a great place to grow up, and I’ve watched it transform from a British colony into an independent nation. My very first job was on the editorial department of a local newspaper, though I’ve tried a number of other careers, including accounting. I currently help to care for my 91-year-old mother, as well as three totally crazy cats. I enjoy music (classical, country, and native goombay music are favourites), reading, gardening and the beach. In addition to my novels, short stories and song lyrics, I’m also a regular contributor of articles and essays to Jane Austen’s Regency World magazine in Bath, England. My real name is Paul Bethel, but I invented my pseudonym when I began writing romance novels.

At what age did you realize your fascination with books? When did you start writing?
I learned to read very early, and was devouring my mother’s True Detective and True Romance magazines by the age of seven. Fortunately, I come from a family of bibliophiles, and our home provided tons of reading material! Most of my family have vivid imaginations, and my mother used to write stories and poems as well. I can’t remember a time when I wasn’t writing something or other, and I began my first novel while in my teens—though (mercifully) I never finished it.

Who are your favorite authors to read? What is your favorite genre to read. Who Inspires you in your writings?
My favorite authors are Jane Austen, C. S. Lewis, Agatha Christie, G. K. Chesterton and Georgette Heyer. I love historical romance—but mainly with a large helping of humor. Austen and Heyer are definitely the chief inspiration behind my Regency novels, though at least one reviewer compared my writing to Agatha Christie and P. G. Wodehouse! I recently finished reading two wonderful contemporary romantic suspense novels—DANGEROUS DEVOTION and DEADLY DECEIT IN PARADISE—by Fay Knowles.

Tell us a little about your latest book?
My latest published novels, HIDDEN IN THE HEART and THE UNFORGIVING EYE, from Joffe Books UK, are re-releases of books originally published in hardback by Robert Hale. They are the first two in a proposed four-book romantic suspense series set (of course) in Regency England, featuring my comically practical husband and wife detective team, John and Lydia Savidge. I wrote the first in just over a month, while pet-sitting for a friend! They’re definitely my most popular books, and I’m currently working on the third installment, tentatively called THE LYING LIPS. In the meantime, QUINTET, a collection of five short stories, will be released next month by Regency Reads in Oregon. One of the five tales—A Shadow on the Soul–is a murder mystery with John and Lydia once again in the thick of things!