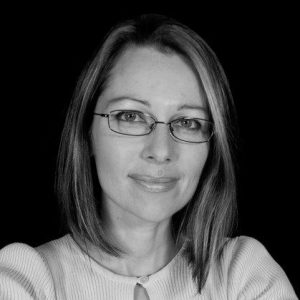 Tell us a little about yourself. Where were you raised? Where do you live now?
I was born in Russia in 1973 and lived through the Cold War era and the collapse of the Soviet Union.
In my book Once Upon a Soviet Child: Piano, Potatoes, and Privations, readers will learn about the everyday aspects of Soviet life: eating, bathroom habits, shopping, medical and dental care, schooling, and the lack of sex education. They will learn about the contrasts of life in Moscow with the simpler life in the country and Ukraine.

A large part of my life in Russia was in preparing at camp and school for an American attack…
If American children got to sit underneath their desks during Cold War school drills, Russian children had their weekly military style preparedness classes in a bomb shelter beginning first grade. I had personally attended many Pioneer camps and compare and contrast the camps for ordinary Soviet citizens with those far more privileged members of the so called “classless society.” Competition and rhetoric were endless. Meanwhile, most ordinary people in Russia had very little to eat. My readers will learn about the startling contrasts between the privileged class and the ordinary citizens, including my family.

After high school, I studied Russian language and literature at St. Petersburg State University in Russia and then immigrated to the United States in 1994, shortly after collapse of the Soviet Union.

Now I live and write in California and take care of many rescued pets… too many to even count!

At what age did you realize your fascination with books? When did you start writing?
My parents taught me how to read and write when I was a toddler, at age two. Since then books have been my friends.

Who are your favorite authors to read? What is your favorite genre to read. Who Inspires you in your writings?
I love Pushkin. But we also have many good contemporary writers. I must say that Boris Akunin has been a big inspiration to me. It’s his imagination and his ability to weave in some very deep philosophical concepts into his already fascinating plot, that makes it not only a very interesting – but a transformative experience.

I admire writers who can do that, make us think deep when we don’t even realize that this is happening. Yes, to me this is very inspiring.

Tell us a little about your latest book?
I write from a perspective of a child growing up in Russia.

When I began writing, many childhood memories were at my fingertips, as if it all happened yesterday. Somehow I remember myself from age one (I began speaking at age one), and this is what readers will learn. This book will take readers through the Russian Soviet experience during Cold war from age one and until middle school. I think when you are surrounded by some big, important and traumatic experiences, maybe it does something to your memory.

In America I began writing down some of those Soviet stories at first as a personal diary, with no intent to publish. But then so many people had asked me to share about my life in Russia that I thought that I better put it in a book that would be sort of a cultural atlas for people to learn about Russia during Soviet times (1970-1980s). What came out of it was quite unexpected for me. As I was writing, I realized that this is more than just a cultural atlas, but rather an analysis of the Soviet society during Cold War.

It was a very long process, and it took me over ten years to finish this book.