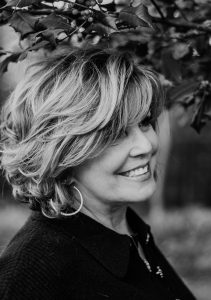 Tell us a little about yourself. Where were you raised? Where do you live now?
I grew up in a single-parent household in the South during a time when our society was challenged by constant change and opportunity. I was three when we moved from New York to South Carolina. Luckily, we had family in the area, because childcare as we know it today, was rare. It was a boon to me that my grandmother (who died shortly after I turned six), began teaching me to read before I started kindergarten. Reading and writing quickly became two of my favorite past times. I particularly enjoyed books with happily-ever-after and mysteries, two things you will often find in my stories.

I was fortunate to have an exciting Human Resources career and while I still do consulting, and related things, I have more time to write and be available to my two young granddaughters, my husband, and my pets. In fact, I have two rather spoiled dogs, a Parson’s Russell Terrier, and a Cockapoo. Both have found their way into my stories, which I love.

I have always loved animals–both cats and dogs– and some of the adventures I had with my animals are fodder for my stories. As an example, one of my stories (Romancing a Wallflower, Book Two in the Noble Hearts series) has the heroine rescuing a poor dog that is being abused by some young boys. Even though my heroine is not able to walk, her passion for the animal’s plight spurs the hero to help her save the dog from abuse. I based the premise of this scene on an incident that happened when I was in high school. A small stray dog was being pulled injured by a neighborhood boy and his friends. I got angry at what I saw and rescued the small stray dog. When we were unable to find the dog’s owners, we kept it and named him Petey.

My writing career started a few years ago. While it’s the hardest thing I’ve ever tackled, it’s the most fun I’ve ever had working!

At what age did you realize your fascination with books? When did you start writing?
I was a child when I began my fascination with books. My. mother read lots of books to me and my maternal grandmother watched my sister and me while my mother worked. She frequently worked with me and taught me to read and write before I started kindergarten.

When I was ten, I had a nextdoor neighbor who worked as a Bell South operator. I frequently visited her, fascinated with her huge collection of books. Even better — she had a typewriter and encouraged me to use it. On it, I wrote several stories about princes and princesses and always made sure they had a happily ever after ending. These were gifts I proudly presented to my mother.

As a sidenote, my maternal grandmother died when I was six and a half years old. Her passing left a huge hole in my heart. I have never forgotten her or the gift of time that she gave me.

Who are your favorite authors to read? What is your favorite genre to read. Who Inspires you in your writings?
My favorite genre is historical romance — specifically the 18th, 19th, and very early 20th centuries. I fell in love with this genre reading books by Katherine Wildiwiss, Rosemary Rogers, Laurie McBain, and Johanna Lindsey–and I may have most of the books they have written.

My mother-in-law loved to read these stories. She and I shared most of the books. That was years ago, but I still have them. It’s had for me to part with books that I enjoy, so I don’t. You might call my hallway bookcase my small shrine to these inspiring writers.

Tell us a little about your latest book?
A saying my husband is fond of saying gave me inspiration for my latest new release, My Lord, My Rogue. It goes: You can never know what is going on in someone else’s life unless you are standing in their shoes.

This story follows The Duke’s Golden Rings (book 3). Without giving away the plotlines, I will say the heroine in My Lord, My Rogue was the foundation for The Duke’s Golden Rings. It was one perspective. The heroine’s character in My Lord, My Rogue (book 4 of the series) gets a chance at redemption in this book. These two books are the two most closely tied stories in the series, although each one of them can be read as a stand-alone.

In My Lord, My Rogue, Lady Honora Radcliff finds herself in an abusive situation and decides her only option is to fake her death, which forces her into hiding.

Three years later, Benjamin Crewe, the Marquess of Willington, comes face to face with the woman he had always wished he had married–Lady Honora Radcliff–but she has been dead for three years! Needing answers and unwilling to make the same mistake twice, Lord Willington decides to woo Lady Honora. At almost the same time, Willington receives an assignment from the Crown which forces him to pursue a treacherous enemy of England.

The two of them are drawn into a dangerous web of danger, espionage and deception which could take away their chance for love and happiness.