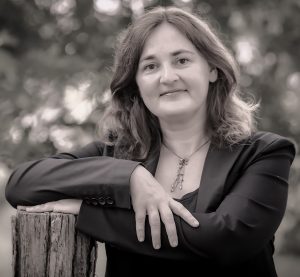 Tell us a little about yourself. Where were you raised? Where do you live now?
I grew up in Cheshire, UK, where I used to love visiting castles and historic towns. Then moved to Scotland, where I studied Chemistry, tackled Munros and enjoyed peaty whisky by the fireside. After that, I migrated to Australia for its long swathes of beaches, unusual creatures and seemingly endless sunny days. I enjoyed a career as a materials scientist, before deciding that fantasy and not science was my real passion. So I pursued my long-neglected dream of writing stories.
I now live on acreage with my family, where we keep some chickens who terrorize pests in my veggie garden. We have an old cat who sleeps most of the day, and a young one who likes to play. We also have a resident carpet python who hangs around the house and keeps the mice population at bay. Though not strictly a pet, he’s been around so long it’s hard not to think of him as a member of our household. His name is Slithers Lowe.

At what age did you realize your fascination with books? When did you start writing?
As long as I can remember, I’ve always loved books. As a child, I used to own an old leather-bound book of fairy tales. It was my most prized possession. It inspired me to dream up my own stories about princesses and castles and talking animals, in which I was the heroine on some bold adventure. I remember writing poems from a very young age, which were silly, quirky and highly amusing to me. I continue writing them even now. In my teens, I began to write stories in earnest, mainly in the sci-fi genre, of which I was a fan at the time.

Who are your favorite authors to read? What is your favorite genre to read. Who Inspires you in your writings?
Largely, my reading tastes are eclectic, spanning many genres which take me out of this world into another. On that list are classics, myths and legends, sci-fi and regency romance. Fantasy, however, remains my favorite genre, with J.R.R.Tolkien and Robin Hobb at the top of the long list of authors I love. They are closely followed by Patrick Rothfuss, Raymond E Feist, Brandon Sanderson and G.R.R.Martin. I particularly enjoy dark and gothic tales and classic horror stories; Edgar Allan Poe is perhaps my favorite author in this genre. I am also a fan of romance, especially when combined with fantasy, with C.L.Wilson and Amanda Bouchet amongst my favorites.
All these authors inspire me to pursue not just writing, but the craft of storytelling, originality, and above all, characters with their own, unforgettable voices. My dream has always been to write stories that would outlive me. Time and readers will judge whether I realized that dream. For my part, I feel I am yet to learn much from those greats.

Tell us a little about your latest book?
The Bridge to Magic is a little different from many fantasy novels out there. Set in the sundered realm of Seramight, it is a dark, grim story about the nearing end of mankind, the mistaken belief that men had won the war against magic, and the confronting choice the last of humanity must face.
The Blight, an invisible wall of power, kills everything it touches. Now it’s coming for Terren, the last refuge of mankind. The residents must now decide: stay and fight this foe borne of magic or cross the bridge to the unknown terrors of the Deadlands. None who have crossed ever returned to tell the tale.
An orphan, Elika, is part of a gang of young thieves, surviving on the streets of Terren. Like everyone else, she clings to the hope that by purging the world of every lingering echo of magic, they can stop the Blight. Then she discovers that an echo of magic hides within her and through her, it can enact a malign will of its own. Her world shatters as her loyalties are questioned and her gang turns against her. The one man she thought she could trust and love abandons her. As she flees the angry mob and magic hunters on the streets, she discovers that in her past lurk dark and terrible secrets, and she must face the possibility that she might not be who she believes herself to be. That she might not even be human.
Elika now faces an impossible choice: destroy the magic inside her or cross the Bridge to her own uncertain end. All within Terren will fall prey to the Blight if she refuses to accept her fate. But what awaits her in the Deadlands, where the enemy of mankind roams wild? Does she have the courage to cross the chasm into an unknown future? And is Magic truly more evil than Man?
I am currently working on Book 2 of this trilogy.