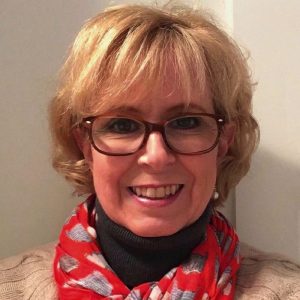 Tell us a little about yourself. Where were you raised? Where do you live now?
Louisville Kentucky has been home for most of my life. My family moved to Louisville when I was starting the first grade. I’ve lived here ever since, except for my years in college and a few years after that. I live just a few miles from where I grew up. I have two grown sons, one daughter-in-law, two granddogs, and three grandcats.

At what age did you realize your fascination with books? When did you start writing?
I started writing in 2009 after my mother was diagnosed with dementia and I became her caretaker. I wrote about the experiences I was going through for therapeutic reasons. While writing about it was helpful, living it and coming home and writing about it was like a double dose of stress. So to escape reality I started writing a humorous mystery (Murder & Mayhem in Goose Pimple Junction) based on two murders that happened to family members in the 1930s—one of them was and is a cold case. I’d heard the stories about the murders as a kid and always thought someone should write a book about them. I finally did.

Who are your favorite authors to read? What is your favorite genre to read. Who Inspires you in your writings?
I like mysteries the best. Robert B. Parker (Spenser, Jesse Stone, and Sunny Randall series), David Rosenfelt (Andy Carpenter series), Michael Connelly (Harry Bosch series), John Sandford (the Prey and Virgil Flowers series), Harlan Coben (Myron Bolitar series), Rick Bragg, and Michael Lee West are some of my favorites. I think every book I read inspires my writing to some degree. I also take things from real life and put them into my books.

Tell us a little about your latest book?
Liars & Lunatics in Goose Pimple Junction is the fifth book in a mystery series. It’s one of those books that was inspired by real life. Let’s just say Caledonia and I have a lot in common. Her love interest, Virgil Pepper, has an uncanny resemblance to a liar and a lunatic I once dated. In the book, Virgil wants to become mayor of Goose Pimple Junction as a means to become rich. He also wants to date Caledonia and every other woman who will give him the time of day. His unscrupulousness in his business and personal dealings catches up with him. But who finally had enough of his dirty dealings? There are some other assorted liars and lunatics thrown in the mix, a ton of cupcakes, and of course, a lot of levity.