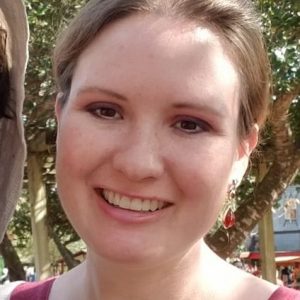 Tell us a little about yourself. Where were you raised? Where do you live now?
I was raised all over the United States. I’ve lived in Alaska, Virginia, Oklahoma, Florida, New York, and Texas! I live in Texas now, and I have two fluffy cats and a lovely little beta fish.

At what age did you realize your fascination with books? When did you start writing?
I’ve always loved books, and I can’t tell you how many times I’ve stayed up all night reading. My mother told me that when I had friends came to the door I’d tell them I was too busy reading to go out and play!
I’ve been writing for a long time as well–I actually won a writing contest my senior year in high school. But I didn’t start to write seriously until about six or seven years ago. I was going through a difficult transition and stuck in a job that I hated. Writing became an escape, and honestly, one of the only things that made my job bearable. I’ve gone through dry periods where I was too tired or stress to write much, but I’ve always come back to writing when I could.

Who are your favorite authors to read? What is your favorite genre to read. Who Inspires you in your writings?
I love science fiction and fantasy. I’m still in love with the Harry Potter books, and I’ve read all the Game of Thrones books. My favorite fantasy book right now is Katherine Addison’s The Goblin Emperor, which I’ve read at least four times because I loved it so much.
I think I’m inspired by science, folklore, fairy-tales, and history. It’s amazing how much history reads like an unbelievably true novel. Right now, I’m listening to Ian Mortimer’s Edward III: The Perfect King on audible. It’s amazing how much Edward III’s life is like a fairy-tale, but a very dark, Hamlet-influenced one. Incidentally, I love dark, strange fairy stories, and another one of my favorite books is Jonathon Strange and Mr. Norrell by Susanna Clarke. I hope that Clarke writes more novels!

Tell us a little about your latest book?
My latest book, Sapience, is a collection of science fiction short stories. After I wrote my first (unpublished) novel, I had a baby. I was too exhausted to try to write another novel; I just didn’t have the energy to write something that long and intense. Writing a novel can feel a bit like running a marathon in your brain!
Instead, I decided to try writing short stories, since I could write those in short bursts. I really like short stories, in part because they force you to cut away so much fat from your writing and focus on what’s most important to the story. I’ve written tons of them, so decided to collect my favorite ones into a book. The stories in Sapience were written over the past five years or so.