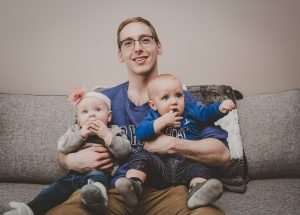 Tell us a little about yourself. Where were you raised? Where do you live now?
I live in Lancaster PA, where I’ve lived since I was three years old. I’ve visited twelve of our major national parks, and I’m hoping to visit all of them before I die. I’ve also taught myself to speak seven languages and play three instruments.

At what age did you realize your fascination with books? When did you start writing?
I’ve loved books for as long as I can remember. I grew up obsessing over Harry Potter and Lord of the Rings, and quickly moved on to series like A Song of Ice and Fire. I started writing stories when I was in elementary school and never really stopped. Over time, my stories got longer and longer until I started writing full-length novels.

Who are your favorite authors to read? What is your favorite genre to read. Who Inspires you in your writings?
By far, my favorite genre is fantasy, especially epic fantasy novels similar to Lord of the Rings and A Song of Ice and Fire. My writing has been heavily inspired by George R. R. Martin with an emphasis on multiple points of view, complicated and realistic characters, as well as in-depth world building.

Tell us a little about your latest book?
I just published The Scourge of Alexandria and Dreamweavers: Genesis – two books from separate series. The Scourge of Alexandria is inspired by the conquest and demise of Alexander the Great as well as ancient Greek and Roman culture, religion, and warfare. It follows the trials and triumphs of Andreas, the prince of Alexandria, as he struggles to unite his people against the ruthless dwarves of Croton, a civilization based on a fusion of Spartan and Aztec culture.

Dreamweavers: Genesis is inspired by dream yoga, a religious practice that is observed by Buddhist monks in Tibet, where a special form of meditation leads monks to gain full control of their dreams. The novel follows five teenagers who discover extraordinary abilities in their dreams that give them a shot at overthrowing a ruthless tyrant who has enslaved their people.