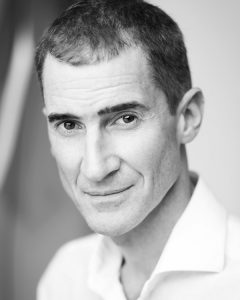 Tell us a little about yourself. Where were you raised? Where do you live now?
Hi. I grew up in England and find myself here again after years of living and house-sitting on four continents. The lockdowns have thrown a spanner in the house-sitting, and alas I am facing imminent homelessness again.

At what age did you realize your fascination with books? When did you start writing?
The local bookstore owner knew me as the boy “who spends hours looking at the books.” Fascinated with wild animals, I read a weekly magazine called World of Wildlife and ordered every Animal Adventure book in the series by Willard Price.

I later became fascinated with Dracula movies starring Christopher Lee, which I got to watch when my parents were away and Grandma was looking after us. I wrote my own vampire stories too, which my classmates insisted I read out to them. Same goes for history classes where the teacher would have us imagine being a soldier at the Battle of Hastings or some such. Meanwhile, my poem about failing a maths exam was featured in the school magazine!

In my author life now, I’ve kept the poetry and historical fiction going, along with environmental protest, though not the horror.

Who are your favorite authors to read? What is your favorite genre to read. Who Inspires you in your writings?
When I lived in New York City, an actress friend introduced me to a Shakespeare Workout group, where I became captivated by the joys of dramatic verse. I memorized everything I loved, so that I can now come up with Shakespeare lines for pretty much any situation, even as a party trick! This led to fascination with mythology and epic poetry, none more so than Milton’s Paradise Lost, which inspired me to write my own epic poems, ELIJAH and OBAMA’S DREAM. Like all my fiction and non-fiction books, these are also deeply rooted in the Bible.

Tell us a little about your latest book?
The fraudulent installation of George W. Bush in the White House in 2001 goaded me into writing political poetry, and I have kept up the practice ever since, encompassing several hundred poems, along with essays and short stories, throughout the three imperial presidencies of Bush, Obama, and Trump. This 20-year VERSES VERSUS EMPIRE collection is my latest release and, at a thousand pages or so, certainly the biggest!

I have also separately released THE COVID PROPHECIES, extracted from the collection, where I ascribe to Covid the role of an abolitionist revolutionary in the manner of Moses’ plagues that would free his fellow Israelites from slavery in ancient Egypt. (Plague also has an abolitionist role at the outset of Homer’s The Iliad.) Today’s vaccines are akin to the snakes conjured by Pharaoh’s magicians in an act of mimicry after Moses’ brother Aaron turned his staff into a snake at Pharaoh’s court. Aaron’s snake ate their snakes! You do the math!