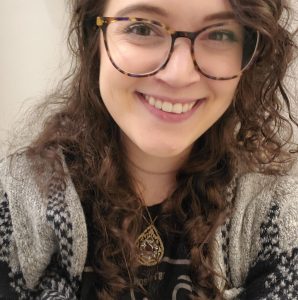 Tell us a little about yourself. Where were you raised? Where do you live now?
My name is Abbey K. Bowen, I was born and raised in Appleton, Wisconsin, but I currently reside in Milwaukee! I do have pets–three rescue kitties. I’m a very proud cat lady! 🙂

At what age did you realize your fascination with books? When did you start writing?
I was lucky to have awesome parents who were dedicated to reading books to me, and my passion started when I was very young.

Since I could physically write, I wrote little stories. As an adult, however, I didn’t return to storytelling until the mandated quarantine. From then on, I was obsessed. I even quit my job as a corporate attorney to pursue a new career as an author.

Who are your favorite authors to read? What is your favorite genre to read. Who Inspires you in your writings?
My favorite fiction authors include Diana Gabaldon (obsessed with Outlander), Hanya Yanagihara (loved A Little Life but couldn’t read it again . . . I cried like a baby), and Neil Gaiman (absolutely adore Good Omens).

Speaking of Outlander, I was deeply inspired by Gabaldon’s books when writing my own. If you’re familiar with her work, you might notice some “nods” to it in my book.

Tell us a little about your latest book?
My book was developed after I had a particularly intriguing dream (if you’re interested, you can read all about it on my blog). My dreams are usually vivid and detailed, but this one, in particular, seemed special. After I woke up, I typed out everything I could remember about it, and I went from there.

I started writing it during my breaks while working from home, so it took me about a year or so to really get going. But when it became my main focus, it took about five months to get to a place where I was comfortable to publish it.

“Reflections of Blue” is about a young woman named Seraphine (“Sera”), a teenager from a poor family, who is sent away for the summer to live on her uncle’s strawberry farm. She’s been shipped off like this before, but this time is different. She is pleasantly surprised when she walks into the previously dark-lit farmhouse to find Janusz (or “Jonesy,” as she later calls him), an immigrant from Poland who allegedly came to work on the farm. His bright personality instantly illuminates the house, but his frail body leads Sera to question his presence there. Not wanting to anger her short-tempered uncle, however, she does not initially make any inquiries on the matter. Instead, she attempts to exist as Uncle Ford prefers—neither seen nor heard as much as possible. But when it becomes clear that Jonesy actually cares to spend time with her, the two of them become fast friends as they bond over “breakfast picnics” and watching the sunrise.

Throughout the next few months, Sera sees Jonesy’s body deteriorating and her uncle’s demeanor changing for the worse. She also continues receiving hints—mostly in the form of stern, hushed conversations—about Jonesy’s mysterious illness, the nature of his relationship with Uncle Ford, and the secret place he was before arriving at the farm.

Eventually, when she realizes it is no longer in Jonesy’s best interest to stay with her uncle, she enlists the help of her parents to get him removed from the farmhouse. As expected, Uncle Ford is less than happy when he learns of Jonesy’s disappearance, and he takes out his frustrations by drinking heavily and physically abusing Sera.

After enduring numerous beatings and assaults, Sera confides in a family friend, Kailas, who was sent by her mom and dad to ensure her well-being after Jonesy successfully escapes. Unfortunately, similar to her parents, Kailas is strapped for cash and cannot provide Sera with safety under her roof. But she gifts a set of instructions that will allow Sera to escape into what she initially believes is a deep meditative state. However, Sera soon realizes she has actually been given access to an alternate reality she never dreamed existed . . .