You are here: Home / Books To Read / Enigma 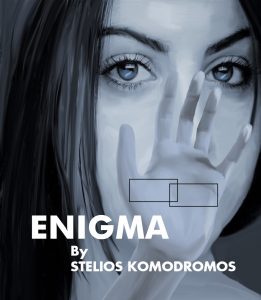 Hugo D’Guana, a detective who suffers from epilepsy is thrown into a world of crime and slowly uncovers a secret plot to cause a war between Britain and the United States, run by a cult caused Maze Enterprises. The deeper he goes into this terrorist conspiracy the closer he gets to a mentalist and shapeshifter called Enigma. He soon realises that there are people with supernatural powers hiding in the world he knows. The further he goes into uncovering this terrorist plot, the more he realises that his epilepsy is a gift which allows him to see visions linked to the terrorists..

Author Bio:
My name is Stelios Komodromos and I come from Cyprus. It is slightly strange to have a writer from Cyprus to write a book in English, but English is my native language and my first language, Greek is my second. I spent many years writing this book and it was tough, but I’d be very grateful to have you guys check it out since it is the first book I’ve ever published and I think I did a good job on it, but that will be up to you to judge! Hope you enjoy it and I am looking forward to hearing from you!