You are here: Home / Action & Adventure / DIOR OR DIE by LAURA AKERS 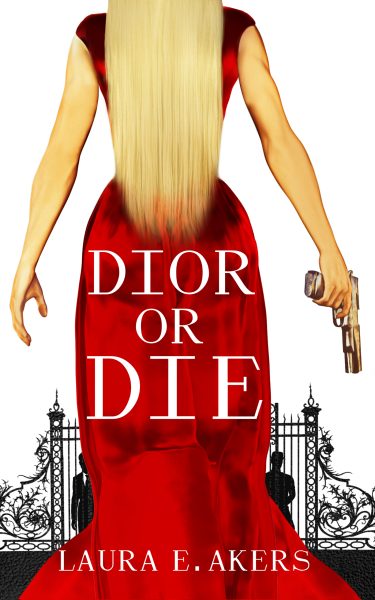 DIOR OR DIE by LAURA AKERS

She’s survived dangerous missions for the government, but can she survive life among the rich?

Davia Glenn is the first woman on a covert paramilitary team until a mission goes deadly wrong. She inherits a fortune, moves to a wealthy community, and soon discovers the crazy under all that money. On a terrorist’s hit list, Davia must navigate her new life while dodging assassins.
Torn between two men and two worlds, Davia must decide her future— but this time, she wears haute couture instead of camouflage and combat boots.

If you love the grit of Jack Reacher and the fun of Stephanie Plum, one-click Dior or Die today for your next addicting, action-adventure read.

What are Reviewers saying?
“What a RIDE! I rarely have trouble putting a book down, but this was an exception.”

“This book starts with a bang and never lets up!”

“Davia Glenn has the potential to be for Akers what Scot Harvath is for Brad Thor’s series of novels– only with snappier dialogue and a better sense of humor!”

“I believe everyone should focus on situational awareness. Stay alert, stay alive!”

I was raised in the Imperial Valley, CA by parents who worked in education. As an adopted only child, I spent my time reading books, being a “band geek” playing trumpet and piano, and riding horses.

After law school, I became a prosecuting attorney and handled the worst violent crimes. A person I convicted threatened me, and I trained with a former CIA operative in self-defense. This led to my creation of Dior or Die’s protagonist, Davia Glenn. She’s someone who refuses to quit, no matter the odds, and it’s a philosophy I live by.

While this all sounds achievement-driven, I also like to take beach photos with my iPhone while listening to audiobooks In the

evening, I chill with my guy and two cats watching Korean dramas.

I LOVE to hear from my readers. No, you’re not bugging me at all. You can use the contact page on my website or email: Laura@LauraAkers.com