You are here: Home / Books To Read / Devil’s Ledger by Lorraine Evanoff 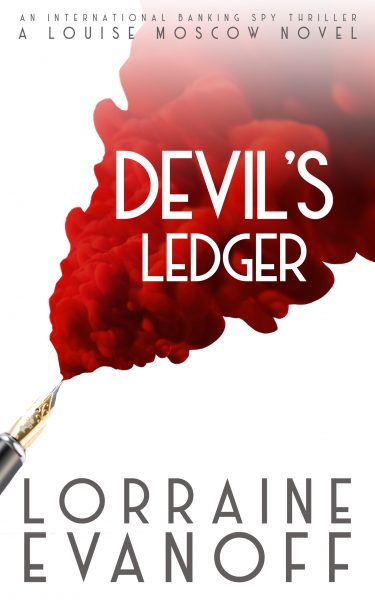 THE NEW FINAL INSTALLMENT OF THE COMPLETED LOUISE MOSCOW THRILLERS!

“The greatest trick the Devil ever pulled was convincing the world he didn’t exist” ~ Charles Baudelaire.

Louise is now an operative of the CIA, and is called upon to investigate the most unlikely of suspects, her own father, a top-level lawyer defending a Russian mafia style individual.

Louise’s investigation takes her again to Europe, this time to Italy, and the historic city of Sienna. The world’s oldest bank is in trouble, and Louise wants to find a way to save it.

Suffice to say it has murder, mayhem, intrigue, torture in an infamous Russian prison, and a trillion-dollar treasure to be found.

The thing I like most about Evanoff’s writing is that she actually knows how to use the English language properly, something sadly lacking in so much writing these days.