You are here: Home / Books To Read / Confessions of a Part-Time Monk: A Memoir by Patrick Trujillo 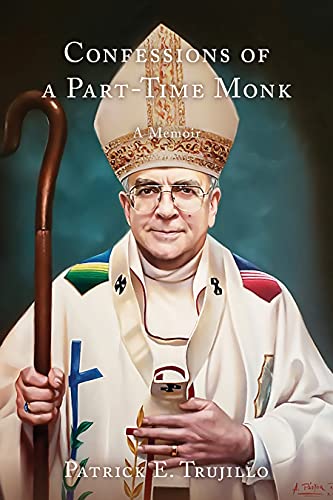 Confessions of a Part-Time Monk: A Memoir by Patrick Trujillo

Starting from boyhood and his early years as a priest in the Roman Catholic Church and moving through the events leading to his radical decision to pursue a new life of marriage, family, and devotion in the Old Catholic Church, Patrick Trujillo’s story depicts a life of humor, decisive action, and serious study.

Buy the book, and follow the author on social media:
Get This Religion Book From Amazon.

Author Bio:
Patrick Trujillo has been a priest for fifty-four years, an archbishop in the Old Catholic Church for twenty-four years, a Roman Catholic bishop sub conditione for fourteen years, and the president of the Archdiocese of Our Lady of Guadalupe of New Jersey, Inc., for twenty-one years. He holds a master’s degree in religious education and another in urban education. He has taught in the public school system and has taught ESL at the college level. His first book, Poor Patrick’s Proverbs, Poems, Pontifications, & Quotations, was published in 2016. –This text refers to the paperback edition.