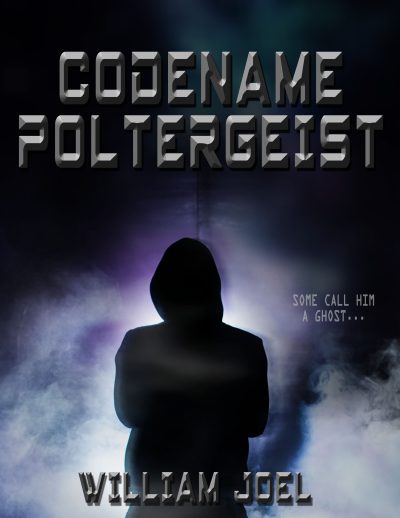 The CIA and presidential cabinet members covertly enter into an agreement with the Palestinians to remove certain key Israeli government figures in a plan to enable the United States to claim that they engineered peace in the Middle East and gain the favor of Arabic countries and likely gain favor to increase energy supply. Sentinel, a group of angelic-type beings who monitor the Earth, are very concerned that the United States could be igniting a major conflict if the Israelis learn of the plan and retaliate. Taneen, an unscrupulous and deadly CIA operative convinces the CIA deputy director of operations to eliminate the agency’s most highly regarded operative, James Halyard, Codename Poltergeist, believing Halyard was a possible threat to their plans. Taneen won’t admit it, but he’s scared of Halyard who moves like a ghost through his missions and is jealous of Halyard’s deadliness. The attempt to kill Halyard fails, but they kill Halyard’s wife in the process. An angelic-like being from the Sentinel rescues Halyard who was seriously injured in the explosion that practically destroyed the hotel room he was sharing with his wife. Sentinel heals Halyard of his wounds. They have been monitoring Halyard for some time and give him the option of becoming an agent for their purposes with highly augmented mental and physical abilities. He agrees and truly becomes Poltergeist able to move silently with the grace and ease of a large predator. His earing, vision, and cognitive abilities are highly elevated, and he has the ability to move through the transparency to escape from confined spaces. Sentinel sends Poltergeist to unravel and thwart the conspiracy. Even with Poltergeist’s impressive abilities he finds Taneen to be elusive and very deadly. Poltergeist encounters several unforeseen allies, a highly capable and equally lethal MOSSAD agent, Deborah Eisman, who at first sought to eliminate him and a crusty homicide detective, Harry Sullivan who help Poltergeist battle Taneen and the CIA.

I was a U.S. Air Force veteran who served at the end of the Vietnam war. The Air Force found that I had a talent for languages, so they sent me to language school. I served as a linguist for a section of military intelligence and then spent several years at the National Security Agency (NSA). I was very interested in police work and later joined a state police. After some time in uniform, I was recruited to be a hostage/crisis negotiator and was trained by FBI hostage negotiators in criminal and abnormal psychology and in the techniques used to “talk down” a hostage taker or someone barricaded with the intent to commit suicide. It turned out that I had a natural talent for it and never lost anyone. I retired after getting an advanced degree in psychology and decided to use my talent to help others who suffer from mental illness and despair. I wrote my first novel in the mid-nineties but found I needed to learn more of how to express my creative imagination eloquently with descriptive and believable character depiction, dialogue, story line, and background. I love the idea of providing readers with entertainment and an escape into a different realm of their imagination with my writing. I continue to enjoy reading immensely and my favorites are mystery, science fiction, and fantasy. Originally from the East Coast, I transplanted West. Maybe someday I’ll return to the East Coast area. I enjoy a close and loving family relationship my wife, my children, grandchildren and my siblings.