You are here: Home / Books To Read / Chasing Byron by Jeb Stewart Harrison 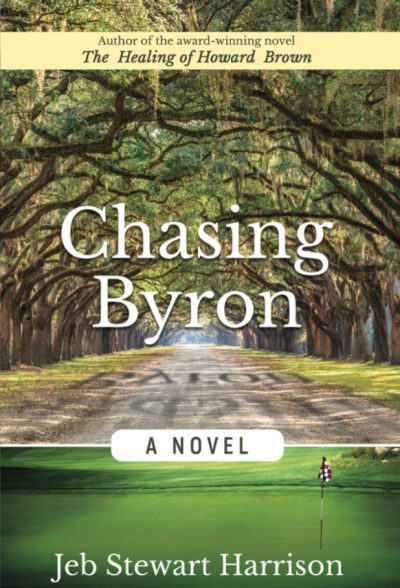 1945: a nation at war and a family in tatters. It’s springtime in the Jim Crow south, and young polio survivor Wyatt Bowman has been given a divine assignation, delivered through the voice of his deceased brother, to snap Byron Nelson’s famous PGA tournament winning streak. But when the local redneck judge attempts to frame an innocent black man for the rape of Wyatt’s adolescent cousin, the Bowman family, led by their obstinate, blind matriarch, “Boots,” decides to fight for justice. The real rapist, the crazy swamp rat cousin, is roaming the bayous with a pet copperhead draped around his neck, and it’s only a matter of time before the truth is, at last, revealed. Chasing Byron is Southern literary gumbo, served up with an unlikely mix of ingredients: golf, the war in Japan, the fading aristocracy, racial injustice, a tree frog named FDR, Jr., and a young man grappling with an unfamiliar, disturbing bout of cosmic interference.

Jeb Stewart Harrison is a writer, songwriter, musician and painter in Fairfax, California. Jeb’s debut novel, Hack, was published by Harper Davis Publishers in August 2012. In 2015 he received his MFA from Pacific Lutheran University. His second novel, The Healing of Howard Brown, won both the 2017 Independent Press Award and Firebird Award for literary fiction. His third novel, American Corporate, was published in December, 2018, and was an Independent Press Distinguished Favorite. In July, 2021, he published a collection of short stories, For Want of Grace, followed by another novel, Chasing Byron. Jeb was born and raised in Kentfield, California, and has lived in Boulder, CO; Missoula, MT; Hollywood, CA; Scottsdale, AZ; Indianapolis, IN; Ridgefield, CT and Stinson Beach, CA.