You are here: Home / Books To Read / Canawlers by James Rada Jr. 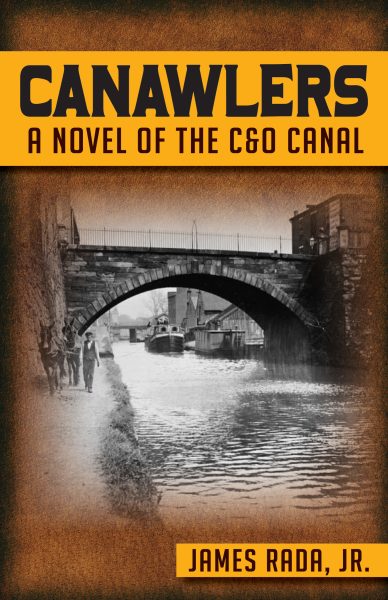 Hugh Fitzgerald is a proud canawler. For ten months a year, he and his family live on their canal boat, working hard to earn enough to get them through the lean winter months when the canal is drained.

The year 1862 is a hard year to live on the canal, though. To this point, the Confederacy has stayed south of the canal, but now the Confederate Army intends to go on the offensive and take the war into the north.

Not only are the Fitzgeralds’ lives endangered by the increased activity of warring armies and raiders on the canal, but the Fitzgeralds’ secret activity as a stop along the Underground Railroad only endangers their lives all the more.

Then fate takes Hugh away from his family, leaving his wife, Alice, to hold the family together. With the help of her children; Thomas, George, and Elizabeth; Tony, an orphan from Cumberland; and David Windover, a disillusioned Confederate soldier, they will face the dangers presented by the war, nature, and the railroad together.

Author Bio:
James Rada, Jr. writes non-fiction history and historical fiction. His books include the historical novels Canawlers, October Mourning, Between Rail and River and The Rain Man. His non-fiction books are Battlefield Angels: The Daughters of Charity Work as Civil War Nurses and Looking Back: True Stories of Mountain Maryland.