You are here: Home / Books To Read / Bulletproof by Melissa Seal 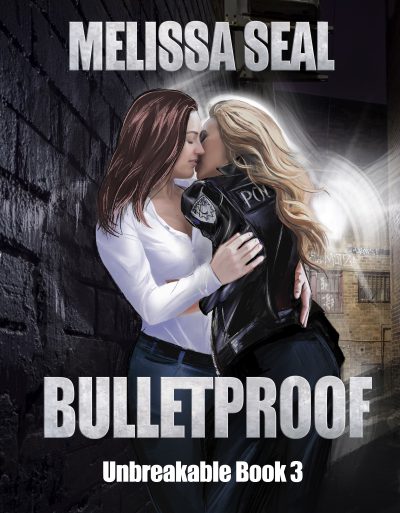 One day Lexie Williams was a Detective with the Norfolk Police Department and married to the love of her life, the next she was living under an assumed identity and working as the activities director at Cross Creek Ranch in Wyoming. Living under the constraint of the Witness Protection Program, Lexie felt alone and terrified that she would never see her wife or daughter again. Until one fateful day when Dani showed up at the ranch with her best friend Ellie and her daughter Alex.
After grieving her wife who had died in a car crash one year earlier, Dani is finally ready to explore the possibility of dating. She meets the carefree, fearless Callie and feels an instant connection. Callie works at the ranch and the two women spend all their time together. Lexie is forced to stand in the shadows and watch Dani fall for another woman until she gets the call informing her that the man who attempted to kill her is now dead. This means Lexie can come out of hiding and reveal herself to Dani.
Will Dani be happy to see Lexie and forgive her, or will she be angry that the love of her life lied to her and ran away? Has Dani become too involved with Callie? Did the news Lexie waited over a year for, come too late? Has she lost Dani forever?
Melissa Seal’s third and final book in the Unbreakable series sets the stage for an emotional reunion for the characters we have come to know and love. Readers will get an up close and personal view of a betrayal so damaging and its impact on Dani, Lexie, and everyone around them. It’s an emotional rollercoaster you won’t want to miss.

Author Bio:
Melissa Seal is a U.S. Army Veteran who retired after 25 years of dedicated service. Melissa recently discovered the joys of golfing and is working towards that elusive albatross shot. She blogs on Medium, often writing about her everyday adventures as a mother of a teenage daughter. She enjoys traveling with her family and can usually be found somewhere near the ocean. Find her on Instagram, Facebook, Twitter, Medium, Goodreads, and Amazon.