You are here: Home / Books To Read / Brother Against Brother, Civil War by Steven D. Shepard 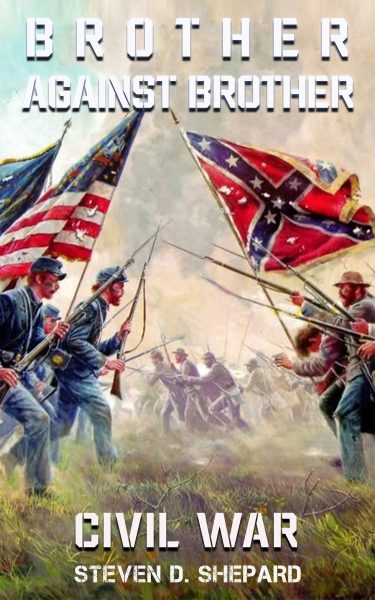 Brother Against Brother, Civil War is a historical fiction novel about the experience of Captain Douglas Ivey (CSA) at the Battle of Mansfield, Louisiana. In this sibling adventure Captain Ivey is ordered by his commander to assemble a ragged unit of Confederate regulars and lead them south down the Red River Road on a dangerous reconnaissance mission to locate and number an invading Union Army. His mission warps his damaged unit to the Battle of Mansfield where Captain Ivey has to save his brother in the Union Army from being taken a Confederate prisoner. The Battle of Mansfield was the bloody Civil War battle that saved Texas from being invaded by hostile Union forces.

This Fiction book is available in these Formats: eBook, Print