You are here: Home / Books To Read / BEING BLACK IS TRAUMATIC ENOUGH by NEEKO COLOGNE 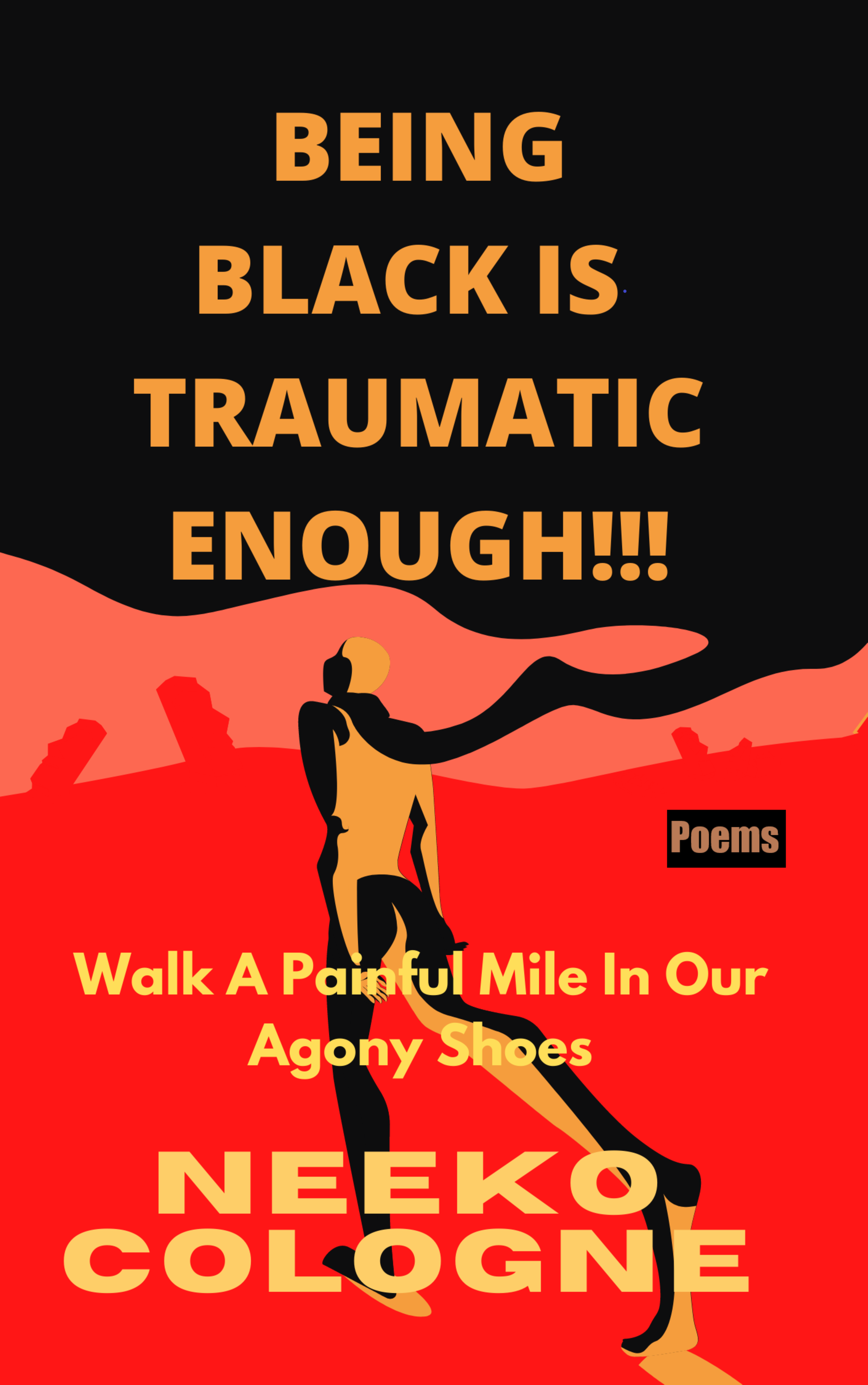 BEING BLACK IS TRAUMATIC ENOUGH by NEEKO COLOGNE

BEING BLACK IS TRAUMATIC ENOUGH!!!, “Walk A Painful Mile In Our Agony Shoes” Is a visual and word walk through years of black joy and pain, love and hate, struggle and progress. It’s an untraditional new style of poetry. That I call “Poe-liloquies”. Its the mixing of free verse and soliloquies. The books theme is based on being black in a America. Each poem will put you in the shoes of blackness as we walk, march and run through this pernicious society. Over 40 poems and pictures depicting black love, black unity, black creativity, black self-hate, black struggle and progress, discrimination and mental Illness and other more personal poems. This book was very emotional to write because each poem is tied to the emotions I felt before, during and after the Black Live Matter protest. It moved my spirit reading Alex Haley “ROOTS” and watching it on TV. I felt some type of way reading about how Emmet Till was killed. I got emotional seeing Rodney King get beat on TV. I felt some type of way seeing Trayvon Martin’s murderer get acquitted. I felt hurt and numbness seeing George Floyd struggle to breath underneath the knee of evil. All of those emotions I gathered and formed this book. The poems in this book will make you think, make you feel and make you imagine what could be. “MAGNIFICENT YOU”, I’m acknowledging and appreciating black women. “BLACK MAN, BLACK MAN”, is an acknowledgement of black men’s worth, the need to unite and the need to stop killing one another. HOW MUCH IS YOUR BLACKNESS WORTH”?, Will walk you through the delusional view of slavery being a necessary evil. The death, brutality and agony black people were forced to endure to secure white society extreme wealth. “RIP PIECES”, shed some light on the fact that some people are just mean and evil. People will hurt you sometimes mistakenly and other times intentional. “WHITE TEARS”, will give you my perception of hateful people who use their privilege as a vice to hurt, harm and destroy blackness. “I’M NOTCHA”, was inspired by James Baldwin unfinished book “I’m Not Your Negro.” It will take you through the history of hateful and racist words used to traumatize and degrade blackness. “DEPRESSION”, here I write about what depression looks like from my point of view. “I HOPE”, was inspired after listening to Dr. Martin Luther King’s “I Have A Dream” speech. It allowed me to think positive despite the evil that’s attacking blackness from all directions. “My MOMMA” is a dedication to my momma who was a beautiful black single mother of seven black kids from the southside of Chicago. “ONE DAY”, will take you on a journey of what life could be like for black people if these certain things were to happen. Writing these poems is what helped me cope with the emotional rollercoaster I was living everyday, I hope my words will help someone get through another day. God bless.

Get This Poetry Book From Amazon.

Neeko Cologne was born and raised on the southside of Chicago. He started writing at an early age after almost drowning in lake Michigan. He was raised by a single black mother of 7 called Gypsy’s kids. He’s been to college and he’s been in the streets. He has a degree in Microcomputers and Business Management. Neeko always had a passion to write but not until the Black Lives Matter Protest, he found that fire to write. Most if not all of his poems and writing is about black life, black struggle, black love & hate and black progress. He has a list of upcoming projects that are in the works such as G.O.G.E.T.T.A LLC/ G.O.G.E.T.T.A Streetwear/Black Hummingbird Publishing stay tuned in and support this genius as he starts his journey.