You are here: Home / Books To Read / Avery’s Ghost by Annie Dewell 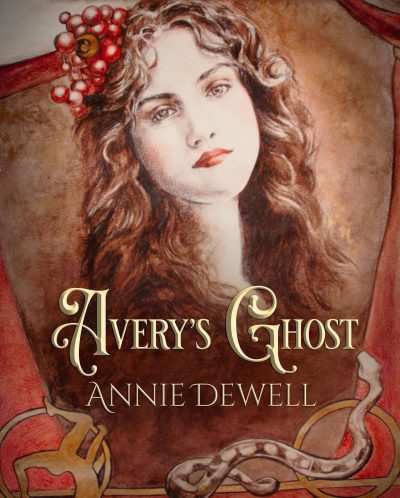 Seventeen-year-old Evelyn dreams of a career in botany, while acting as an uneasy intermediary for her hapless father and distant mother. When she’s accidentally poisoned during a fortune telling, her mother insists her only hope for an antidote is to sign the curious contract of Hart’s Traveling Circus— the same place her brother, Avery, vanished before her birth.

When her father faces financial ruin, Evelyn offers to write newspaper articles from inside the circus. As she investigates, she’s consumed by questions no carnie will answer. Why do the performers lie about their uncanny performances? What caused the “hideous” scars of Essence, the sideshow freak who draws portraits so vivid they nearly leap from the page?

Terrified into attempting escape by tempestuous Manager Hart, Evelyn is stopped by paralyzing pain. Undeterred, she’ll cajole and blackmail her way to the truth behind the circus mysteries and her brother’s disappearance— truths that uncover long buried secrets and throw her into the crossfire of a plot with explosive consequences.

Featuring illustrations in the style of vintage circus art, Avery’s Ghost throws readers into a macabre world of secrets and magic, set against the evocative backdrop of an Edwardian circus.

Annie Dewell is an illustrator, avid armchair historian, and author of The Shimmering Circus series, which details the adventures of a seventeen year old Evelyn Earle in a mysterious 1912 circus. She has a love of the turn of the century aesthetic and atmosphere in writing, and has spent years slowly giving herself arthritis by drawing the world’s most detailed circus posters. All artwork within the Shimmering Circus series was hand drawn with watercolor pencil.