You are here: Home / Books To Read / Arbitrary and Capricious by Jim Lively 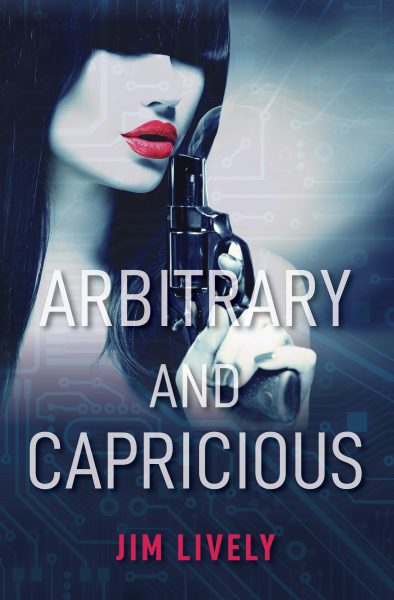 Arbitrary and Capricious by Jim Lively

Retired lawyer Sanders Pierce would rather spend his time painting at his art gallery, but when a former colleague, now general counsel at a major health benefits firm, asks him to investigate potential internal deceptions, he can’t resist. Mostly because the amount she offers for his contract work is too good to pass up. He insists he will abide by the standard of law, which could expose the firm’s fiduciary conduct as arbitrary and capricious.
Assigned to a small office in the lower floor of corporate headquarters, he interviews various employees and studies flowcharts. At first no one reveals much of concern, until he receives an email from a mysterious source with a grim warning: Nothing is what it seems.
As Sanders digs deeper—and receives more cryptic messages—he meets others he didn’t expect: an exotic dancer at a strip club, a psychotherapist who could be a dominatrix, and someone who tries to assassinate him.
What has he gotten himself into? What started as arbitrary and capricious is now dangerous, and Sanders has to escape without getting himself killed.

Jim Lively is currently the Artist and Curator at Martsolf Lively Contemporary in Richardson, Texas. After practicing law for many years, Jim decided to pursue his passion full time as a visual artist, film maker and author. He received the 2016 Merrimack Media Outstanding Writer Award for his second novel, Punitive Damages. Choking on the Splinters is the third novel in a series, a Global Book Bronze Award winner for Mystery and Suspense. Surreal Absurdity, also a Global Book Bronze Award winner is a sequel to his novel, Aberrant Behavior.
His artwork and art films have been recognized in numerous juried competitions, publications and film festivals. He has exhibited his artwork in several group and solo exhibitions across North America and Europe.
Fourteen of Jim’s films have been selected to various film festivals around the world. His art film, The Soul of Vinyl, Abbey Road Side 2. screened at the 2016 New York City Independent Film Festival. Jim’s film, The Case of the Deranged Sommelier won Best Experimental Film in the 2016 Directors Circle of Shorts Film Festival and the 2017 Lion’s Head Film Festival. His film, Still Mad as Hell screened at the 2017 New York City Independent Film Festival. His latest film, It’s Gonna Disappear screened at the 2021 New York Flash Film Festival.
Jim’s education includes a Bachelor of Arts from The University of Texas at Austin, a Juris Doctor from Southern Methodist University in Dallas and Level One Wine Sommelier Certification from the International Wine and Spirits Guild.