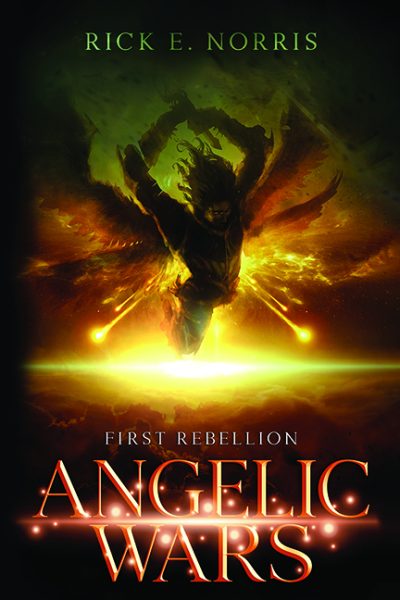 Have you ever wondered how evil began? Or why God gave angels the free will to reject Him? The Angelic Wars, First Rebellion is a musical novel where the book’s characters sing when the reader activates links in the book. It is the epic story of the internal struggles and external battles among the angels for the control of Heaven during Satan’s rebellion. This first book in a series is unlike any other action-adventure fantasy because its setting is in Heaven and guided by Biblical passages. Azarias and six other angels are commissioned as the Septemviri by God’s guardian cherub to seek out and conquer a rebellion. They are commanded to offer the rebellious ones the choice of mercy or spiritual warfare. Little do they know that they are up against the most powerful angel of all, Satan and his army consisting of a third of Heaven’s population.

Award-winning author, Rick E. Norris, has taught the Bible to adults and Sunday school to teens for thirty-one years. Since 2011, he has volunteered as an international online missionary for a Christian non-profit where he disciples individuals and answers biblical questions. Angelic Wars, First Rebellion received recognition, including: second place novel by the 2020 Catholic Press Association, and bronze medal in the elit 2019 digital book awards. Rick E. Norris earned a bachelor’s degree from UCLA in 1979 and law degree from Southwestern University School of Law in 1985. He is a songwriter/musician and member of the National Academy of Recording Arts & Sciences. He is the creator and the co-host of the Rambling Business podcast.