You are here: Home / Books To Read / A New Dawn 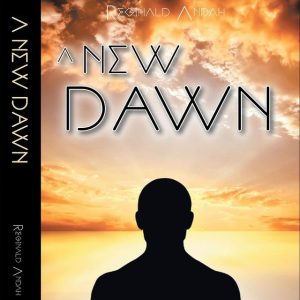 About A New Dawn:

Amid over a decade-long war, Xander Williams finds himself as a soldier-in-training in what’s left of the current military. After several months in cryostasis, he awakens to a new reality. As he discovers the modern world that has befallen him, survivors left to fight live on ships in space, since Earth has turned into a warzone, plagued by vile beings. These entities are bent on life’s annihilation. The light humanity once had turns dim, and their faith is tested like none before. Everyone’s memories, serving as the last connections to the world they once knew, are vague, including Xander’s. One person he cares about is a woman named Leona who gives him the strength to live. The only thing they know for certain is the way they feel for one another. However, as their memories return and the history of the war reveals itself, not everyone and everything are who they appear to be—especially each other.

Reginald Andah was born and raised in Houston, Texas. At a young age, he had a creative mind and an interest in learning. Both attributes allowed him to obtain a bachelor of arts degree, majoring in English from Texas State University. However, his accomplishment, along with others, could not have come to fruition without faith.

Growing up in a low-income household with his mother eventually landed them on the streets. His uncle frequently assisted with his mom’s financial difficulties. However, the constant struggle was taking its toll. Determined to take care of her only son at the time, his mother had to move from shelter to shelter as employment was difficult. Due to their unfavorable conditions, school and social life were a challenge for him. Though he excelled in academics, moving from district to district made him isolated and an easy target for being antagonized as the new student in his classes.

His teenage years were more troublesome as his mother’s mental health started to decline, and he now had a brother. Thankfully, his uncle continued to assist him whenever he needed even though he could no longer support his mom. Though times were hard, his faith allowed him to persevere and make a life of his own. Independence was gained through adversity. He supported his family by procuring his own job while going to school. Though he always had a passion for creating, he never thought of potentially making it a career goal. It wasn’t until he graduated from high school and took college courses dedicated to writing that he realized his drive for storytelling. Ever since, he has been inspired to create stories with morals centered on his faith in God.