You are here: Home / Books To Read / A Firefighter Christmas Carol and Other Stories by Douglas R. Brown 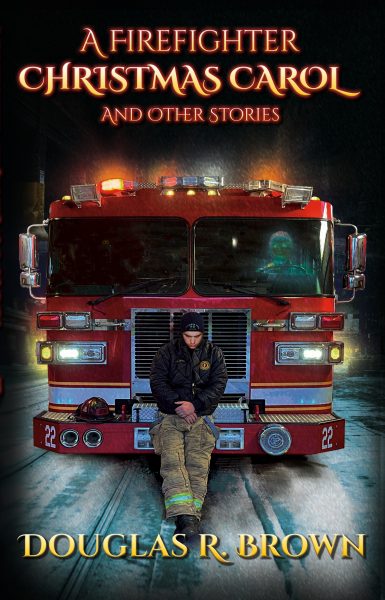 A Firefighter Christmas Carol and Other Stories by Douglas R. Brown

Supernatural suspense combines with psychological terror in this collection of six creepy tales exploring humanity’s darkest impulses.
A burned-out firefighter with PTSD receives a succession of ghostly visitors trying to help him face his demons before it’s too late in a modern reimagining of Charles Dickens’s famous A Christmas Carol. A solitary night janitor battles a sinister man in black. A firefighter fails to heed an otherworldly warning. A happily married man spirals into obsession over a comment by an internet troll. A man runs for his life down a dark country lane pursued by a stranger with murder in mind. A paramedic’s haunting secret threatens to destroy her life.
Written from the soul of a firefighter/paramedic who has seen his own struggles, A Firefighter Christmas Carol and Other Stories is an emotional rollercoaster from beginning to end.

Author Bio:
Douglas R. Brown runs into burning buildings for a living. He began writing as a cathartic way of dealing with the day-to-day stresses of life as a firefighter/paramedic in Columbus, Ohio. Now he focuses his writing on fantasy and horror where he can draw from his lifelong love of the genres. He has been married since 1996 and has a son and a few dogs.