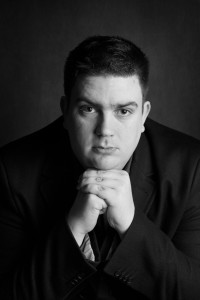 Tell us a little about yourself. Where were you raised? Where do you live now?
My name’s Stuart Keane and I was born and raised in the county of Kent, England. When I turned thirty I moved to Ipswich, also in England.

At about this time I started to pursue a long standing dream to be a writer. On April 2, I realised that dream when my debut novella was published on Amazon Kindle. My writing is influenced by some great horror/suspense writers, past and present, alive and dead. These guys inspired me to become the writer I am today.

At what age did you realize your fascination with books? When did you start writing?
I was seven when I read my first adult book. The book was Flesh by Richard Laymon. This pretty much cemented my passion to become a writer. A chapter in that book just scared me, terrified me so much and I remember that feeling, remember thinking it was petrifying and exhilarating all at the same time. That feeling, to have it coming from pages in a book which, at a glance, look so boring…it fascinated me. I couldn’t get my head around how imagination can play a huge part in the reading process…to this day, it still amazes me.

I started drawing comics a year later. I first started writing properly when I was in secondary (high) school. Of course, I read whenever possible and during my GCSE’s I nailed an A* in my first full written assignment. I believe that instilled the will to write inside me. I have written regularly since.

Who are your favorite authors to read? What is your favorite genre to read. Who Inspires you in your writings?
To name a few: Stephen King, Richard Laymon, James Herbert, Shaun Hutson and Lee Child. I read anything really but I enjoy horror and suspense/crime thrillers the most. Stephen King has been the most influential writer in my life so far however the aforementioned writers have all had a huge impact on me. For example, I met Lee Child two years ago and he personally wished me luck in my aspirations to be a writer via the medium of a signed book. I have pictures I regularly refer to. It’s a huge confidence booster.

Tell us a little about your latest book?
I just released my debut novella, The Customer Is Always… on Amazon Kindle. Vincent is a normal guy working a normal call centre job. However, he receives a call from Mr Pierce which. at first, is routine and friendly. However, Mr Pierce becomes more violent and demanding before revealing a horrifying secret which could shatter Vincent’s 9-5 life and change the lives of the people around him.

The inspiration came from my day job. It just stuck in my mind. I always wondered what would happen if a customer called up and took it beyond the boundaries of being rude…the next step being violent and deadly. Living and breathing that world on a daily basis was perfect for such an idea. It was fun to write and took two weeks before I nurtured it and had it copy edited by a published author.

Taking normal situations and blending them with level of evil has always appealed to me. I feel if a reader can imagine the situation, place themselves in it and live it, that the reader will be engaged for longer. Vincent has a real human element to him that makes him very interesting and real. The chemistry between the two main characters is riveting and electric. Its reviewed well so far. It was only released several days ago and already has thirteen 5* reviews across Amazon and Goodreads.

My first full length novel, All or Nothing, is released in May. Details can be found on www.stuartkeane.com.