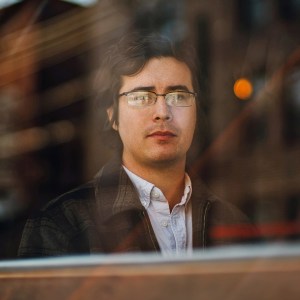 Tell us a little about yourself. Where were you raised? Where do you live now?
I was born and raised in Massachusetts. After graduating from Yale, I took a job in banking but soon quit and moved to China when I realized that it wasn’t what I wanted to do. A few months later, the recession hit. I taught English for two years in a small town in southern Hunan, then moved back to Boston to enroll in the Creative Writing M.F.A. program at Emerson College. After four semesters, I quit and moved to China (again). I worked as a copywriter for a growing consumer tech company in Changsha while working on my first novel. I didn’t quit this time. (Well, OK, I quit the company, but not the novel.) I currently teach Mandarin at a charter school in downtown Oakland and am writing my second book.

At what age did you realize your fascination with books? When did you start writing?
I’ve always been an avid reader. After quitting my first job out of college, I started working at a local bar, where I was assigned the lunch shift. There weren’t a lot of customers. I’d spend a good deal of time every day sitting at the end of the bar, reading. This was when I discovered Cormac McCarthy. By the time I moved to China, I was filled with so much inspiration that I couldn’t help but write my own stories. I think that, as a child, I’d always known I wanted to be a writer – I was simply terrified of the possibility of failure.

Who are your favorite authors to read? What is your favorite genre to read. Who Inspires you in your writings?
As I just mentioned, Cormac McCarthy is my favorite writer. I can go back to him time and again. In terms of genre, I’m into anything literary with a sense of adventure.

Tell us a little about your latest book?
“Up to the Mountains and Down to the Countryside” tells the story of two foreigners teaching in an isolated part of China. One is an old, entitled deadbeat, while the other is a young, idealistic college graduate. Over the course of a year, as they fight to establish primacy in the town of Ningyuan, one of their more overzealous students, Bella, gets caught up in between. Ultimately, they discover that the country is too small for both of them.

I think that this book will appeal to anyone who has worked abroad before – especially as a teacher, and especially in China. Moreover, given that the novel addresses certain issues like white privilege and America’s global positioning, I see it as very time-relevant. During the three years I spent living in China, I met a lot of really wonderful folks, but I also encountered many Westerners who seemed to have this very off-putting, almost laughably anachronistic, colonial mindset. This was an attitude that I noticed in myself as well (from time to time), if I’m being totally honest. “Up to the Mountains and Down to the Countryside” attempts to highlight these attitudes and discredit their legitimacy.